After two weeks, Riverdale is finally back with its arguably weakest episode so far despite some few good highlights. “Chapter Seven: The Outsiders” is all about the bridging of the Cooper and Blossom families and Archie getting himself in trouble with the Southside Serpents.

Sheriff Keller goes to Hermione Lodge’s house to talk to Polly. She reveals that Jason was in need of cash for their escape, so he got in bed with the Southside Serpents to make one drug delivery. Freddie Andrews is ready to start digging ground on the drive-in area Hermione had anonymously bought. Veronica decides to throw a baby shower for Polly in order to heal the fraught relationship between Blossoms and Coopers.

Freddie’s crew pull out as they received a better offer to work for Clifford Blossom which leaves his business at a fragile state. He realizes that the Blossoms have interest in the land for heritage reasons and, given how they can’t attack the buyer directly, they will hinder construction until they can get their hands on it. 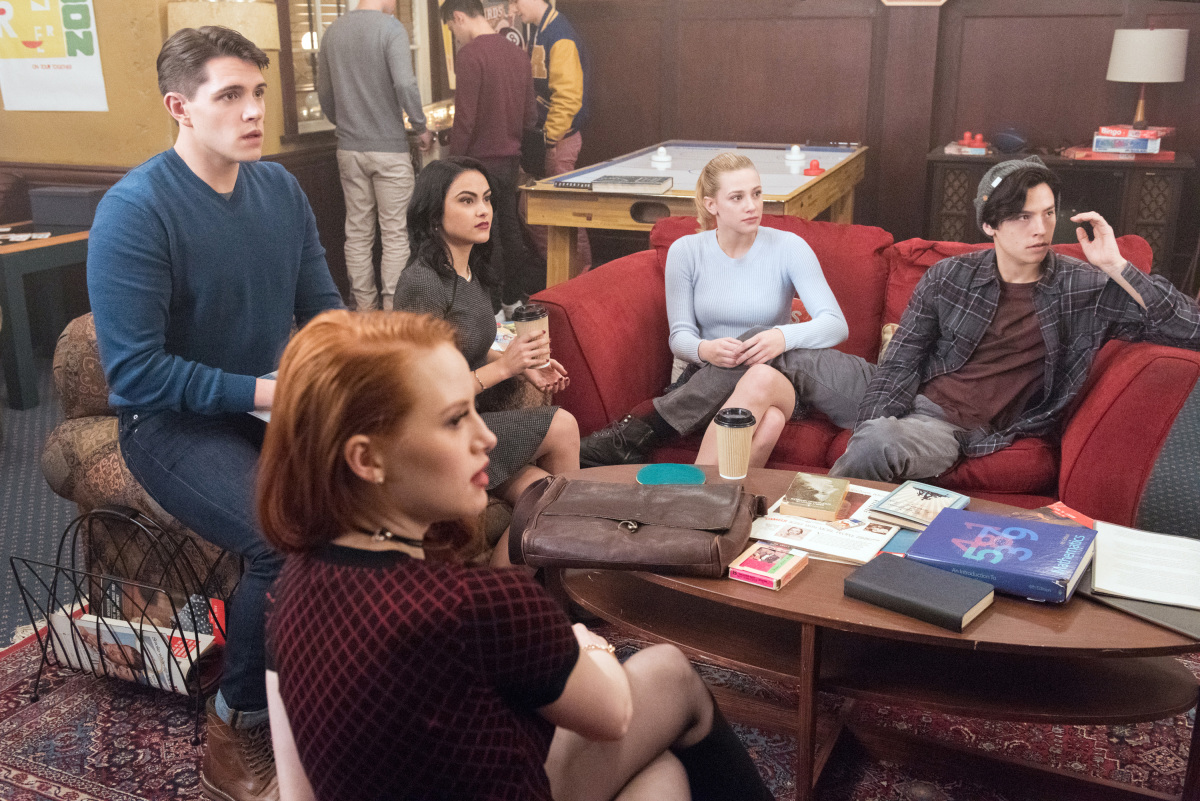 Veronica asks Hermione to talk to Alice about her wobbly at best support on her daughter’s choice to have the baby and to be there for her at the baby shower. Freddie confronts Clifford and it doesn’t go too well, yielding no results whatsoever. Seeing how terrible the situation is, Archie gets his male friends (yes, even Kevin) to help out breaking ground on the area.

One of Archie’s friends, Moose, is attacked by two assailants who broke some electric equipment on the construction site. They think it might be Clifford, but soon an alternative theory comes along: the Southside Serpents, who were being petty about being removed from their territory. Polly asks Betty to be the baby’s godmother.

Archie decides to do something about the Serpents. He gets Kevin’s Boyfriend (this development happened off screen, apparently, much to my distaste) to take him and Moose to a Serpent bar — Jughead decided not to go with him — and picks a fight with one of the guys, almost getting beat, but being saved by Jughead’s father, FP, in the last minute. FP defends himself, saying that it wasn’t the Serpents who attacked Moose. He also calls Archie’s dad to pick him up.

The baby shower seems to be going well. Alice arrives and manages to be civil and polite as she genuinely appears to want to be in Polly’s life. Cheryl arrives with Mrs. Blossom and the Nana — who apparently has both dementia and “gypsy blood”, foreseeing Polly to be having twins. Mrs. Blossom apologizes to Polly for trying to get her hands on the baby and exclude her from its life. 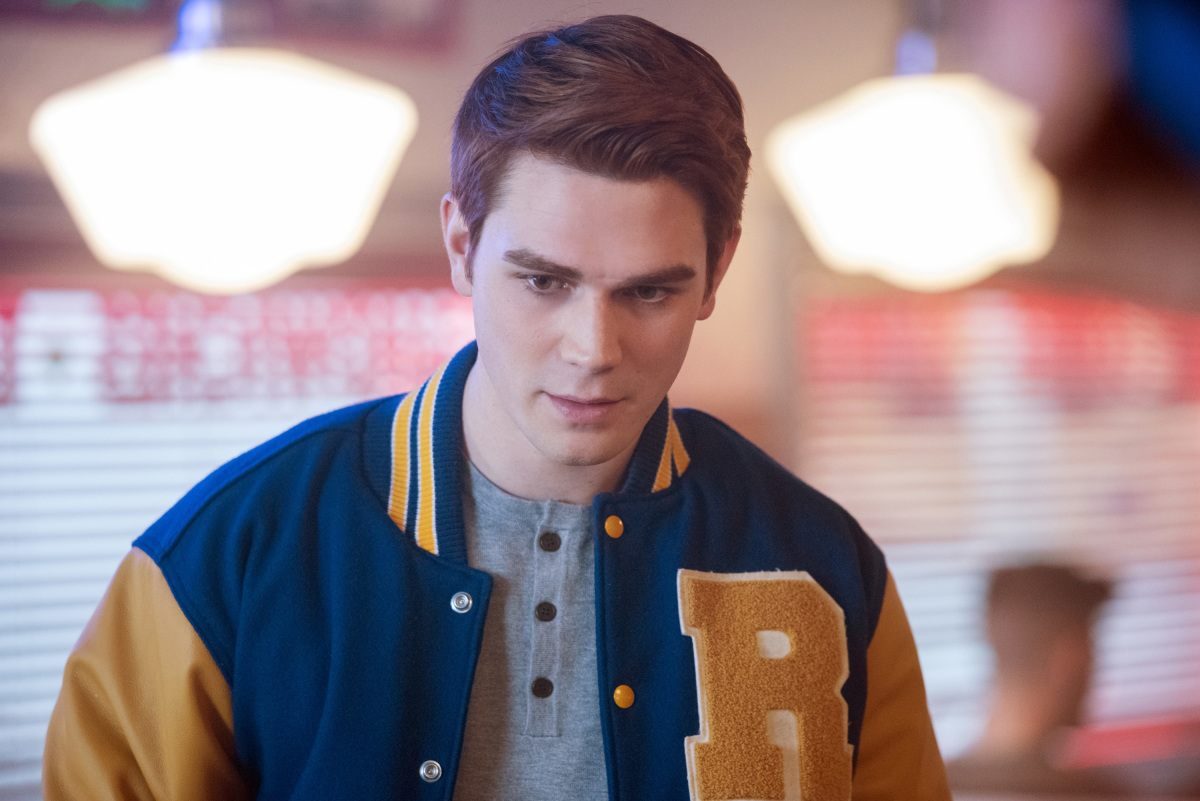 Archie arrives at the baby shower with figurative steam coming off his ears and confront Jughead about not telling that his father was a member of the Serpents. Veronica is able to defuse the situation, but things get tricky pretty soon as an argument erupts between Alice and Mrs. Blossom when the latter offered her house as a place for Polly to live. Polly ends up revealing to Alice that Mr. Cooper offered to pay for her abortion before she was sent away.

Juggie and Betty make their way to FP’s house to ask him whether he had an involvement in Jason’s death, which he denies. Alice confronts her husband and it goes south: apparently, Mr. Cooper talked Alice into aborting their first child or he offered to pay for it — both interpretations seem valid to me. The point is Alice is livid with him. She declares that Polly will come home, but given how adamantly against Mr. Cooper is as he holds on to the old family feud, Mrs. Cooper throws him out.

At the Andrews house, Jughead and Archie make peace on their fight, reaffirming their brotherly bond. FP gives Kevin’s boyfriend Jason’s letterman jacket and tells him to stash it as insurance. Kevin’s boyfriend seems sad because Kevin actually likes him and FP doesn’t seem to care because the Serpents need the inside on the sheriff’s department through Kevin.

The next day, Freddie arrives at the construction site to the vision of FP’s Serpents working. FP tells Hermione that he dug into the attack and it lead to Hiram who probably got word on Hermione and Freddie’s romance, but the is question is from whom?

Betty tells Polly about what happened at the Cooper residence and tells her that she can come home now. However, she ends up going to the Blossom’s house, leaving Alice and Betty completely devastated. 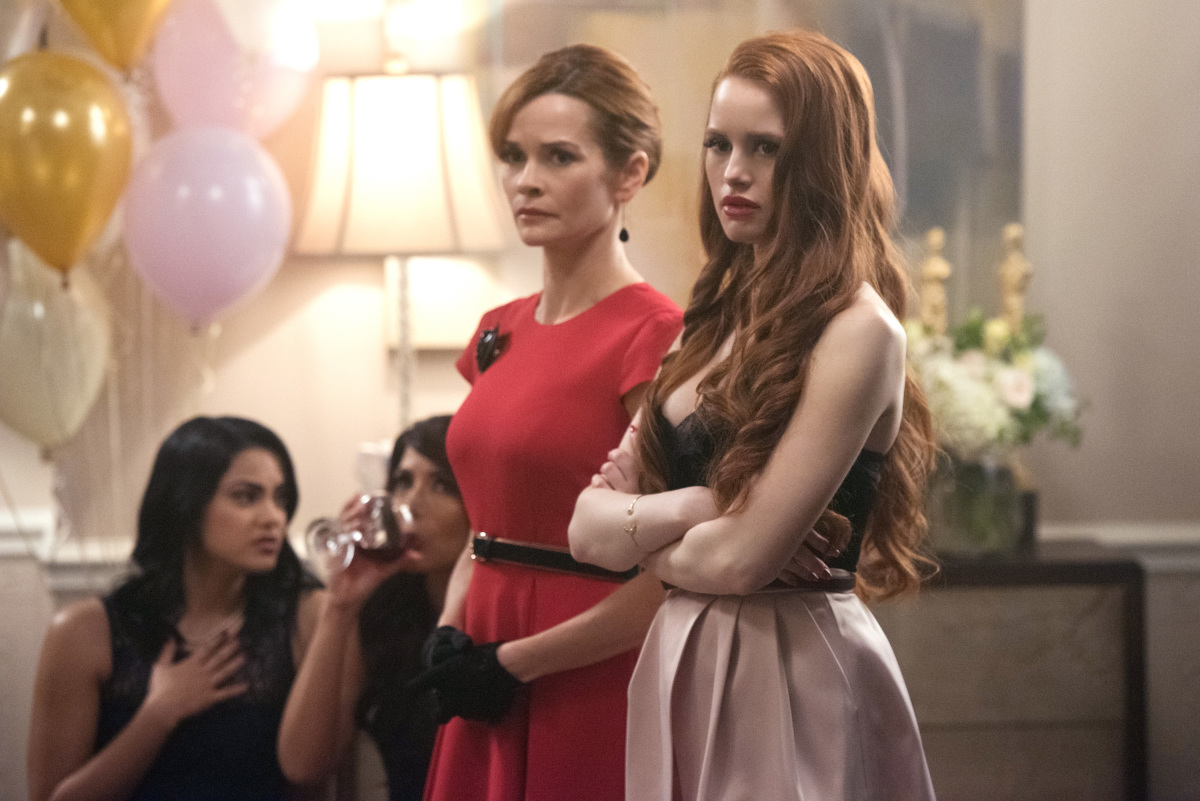 So, that  was a bit steep of a descent in quality, wasn’t it? I personally felt either bored about half the time or with such severe second hand embarrassment that it took me hours to get through the episode — the latter being, specifically, during the two confrontations that occurred at the baby shower. It just seemed that these people didn’t know how to *act as normal and civil people*. Archie just waltz in the room, which had an upbeat vibe, with an expression that almost seemed murderous towards Jughead. Then, as Mrs. Blossom started with her offer — which seemed genuine, but I could guess there was some backhandedness to it — Alice just went straight from the throat making a scene. Yikes on me, who has a real issue with watching “attention-grabbing” interactions like these.

There’s also the problem of the adults in this show being nowehere as interesting as the teenagers. Which I don’t really have a problem with — this is a teenager show afterall — but the issue stems from the writers trying to get us to care about stuff like Freddie Andrews’s business, like, are you kidding me? I believe Riverdale  looks and sounds far better when they focus on the core group of friends trying to solve Jason’s murder, but I guess we can’t all win everyday.

The last ten minutes or so of “Chapter Eight: The Outsiders” did serve as damage control for the first thirty. As for the good parts of the episode, I liked seeing Kevin being in a relationship. However, I’m saying this with the biggest grain because 1) we didn’t see this evolve on screen as the kiss happened several episodes ago and 2) the implications that the relationship is fake and propelled only by the Serpents’ interest makes me feel sick to my stomach. Not to play the Gays So Special trope, but, come on, Kevin is already as deep as a character as a blank sheet of paper, being designated mostly as Gay Best Friend, so now that he seems happy with a boyfriend and it’s probably all a lie? I hope his boyfriend at least likes him back and, in future episodes, challenges his position as informant.

Continuously, I also quite liked the confrontation between Alice and Mr. Cooper and I loved seeing Mädchen Amick establishing herself, once again, as the most talented person in the room even in the antihero role. The idea that she might have had an abortion came out of nowhere, but it served the story right as, initially, my fears were that her anger towards Mr. Cooper was because he hadn’t told her about offering to pay for Polly’s rather than the experience being a repetition. 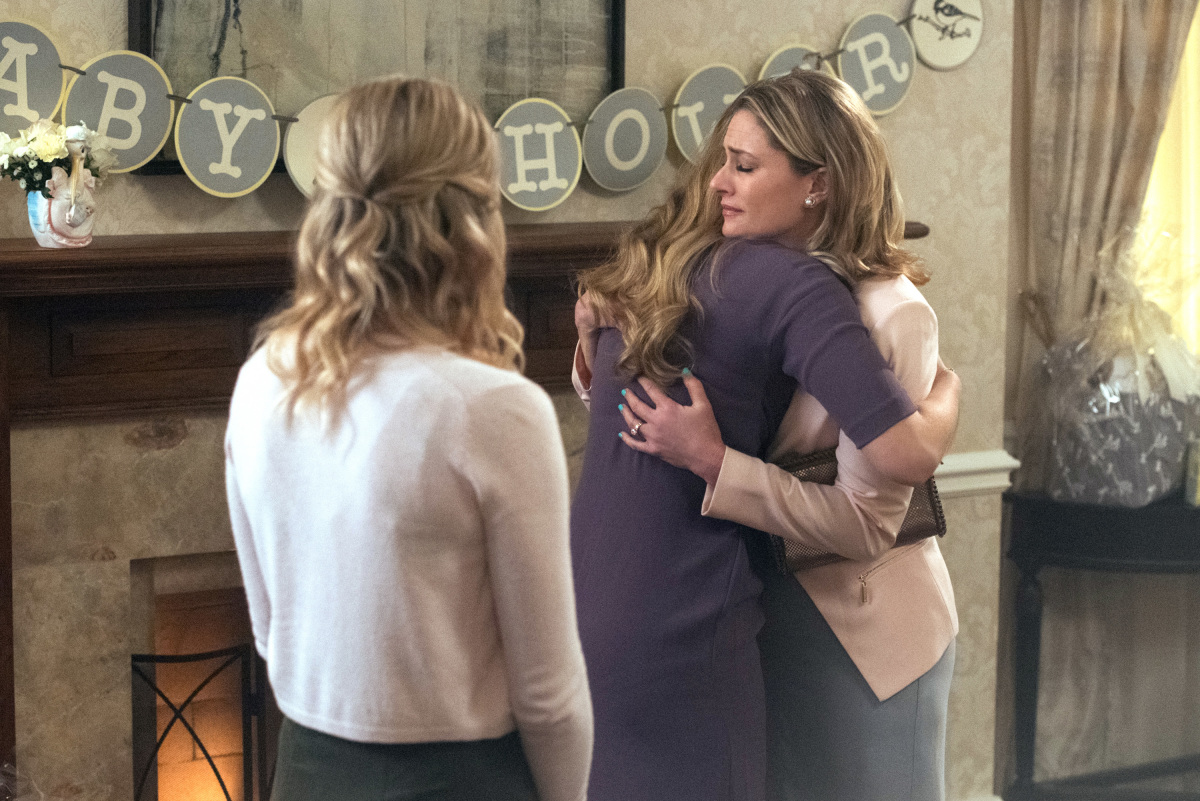