Content Warning: This review mentions and discusses statutory rape, as depicted on the show.

This week, Riverdale brings Archie’s and Ms. Grundy’s so-called “relationship” to the center as more people find out about it. Plus, Jughead brings the city together for a last hurrah at the city’s drive in theater. Let’s dive in, shall we?

Since last episode’s reveal that Ms. Grundy (aka Ms. Rapist) was at the woods the night of Jason Blossom’s disappearance, Betty Cooper has figured out about the “relationship” between Archie and the music teacher, but she keeps it to herself and her Chekhovian diary.

The Andrews attend a live garden concert where Ms. Grundy is playing. Archie is trying his best to hide his history with the professor while Mr. Andrews thinks she is magnificent. In fact, he is so smitten and thankful for her helping Archie out that he invites her for a dinner, making Archie incredibly uncomfortable. 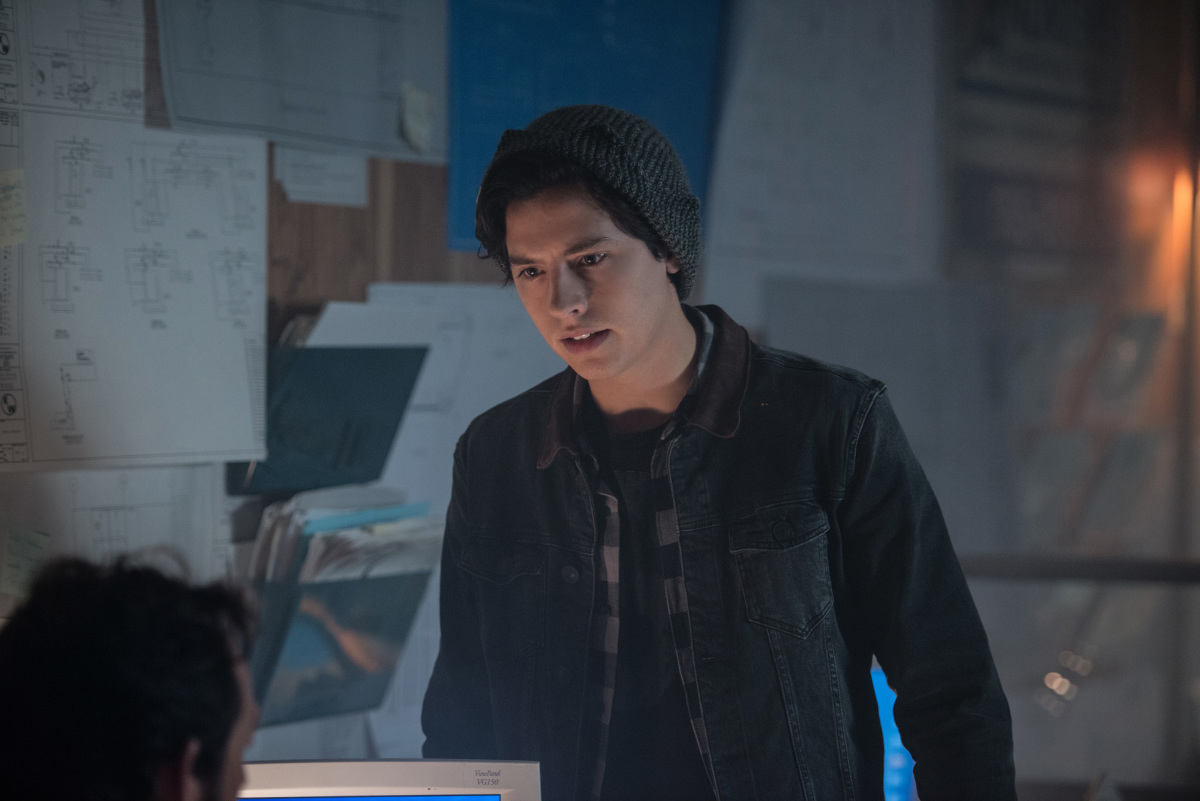 At Pop’s, Jughead is going on and on about Riverdale’s drive-in cinema closing after an anonymous person bought out the area, which would make him unemployed. Cheryl has one of her daily doses of assholishness when she takes cheap shots at her waitress, Hermione Lodge, who fends for herself without help from daughter Veronica.

Right then, the party of three made up of the Archies and The Rapist arrives at the diner. Betty asks to talk to Archie outside about what he’s doing with Ms. Grundy. Thankfully, she practically screams about their “romantic involvement” just as Veronica comes closer to snoop, so now basically everyone knows.

The sad thing is that the show and its characters refuse to call this rape despite pretty much everyone agreeing that it is illegal. I mean, Betty says it is illegal/wrong and Veronica goes to the trouble of making up the term “booty tutor”, but no R Words Are Accepted! Not now, not in four episodes!

Just before the title card begins, Cheryl and her gang snaps a pic of Hermione have an argument with a man behind the dumpster at Pop’s.

Next, Betty decides to Nancy Drew Ms. Rapist with a fake interview for the school’s newspaper while she casually interrogates the teacher about her past. She finds out that she previously had private teaching lessons with the deceased Jason Blossom prior to Archie.

Cheryl shows the picture she took to Veronica. Kevin explains that the Man in the picture is a Southern Serpent, Riverdale’s very own gangbangers. Veronica asks her mother about it, but Hermione assures her that everything is okay and that it was only a catch-up between old friends. 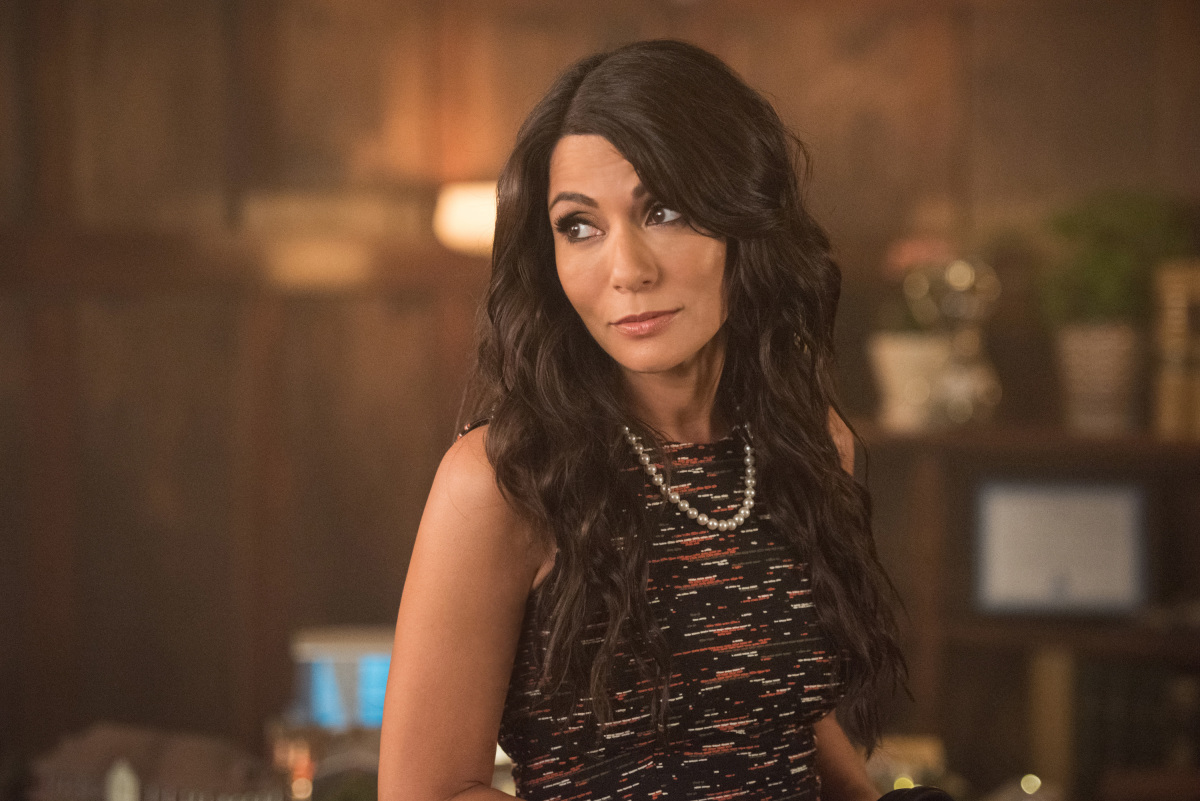 After more research, Betty and Veronica tell Archie what they came up with: all information regarding Ms, Grundy has been created within the past year, after she moved to Riverdale. The only other “Geraldine Grundy” they found was this old woman that passed away seven years prior (the picture they got of the old woman is clearly reminiscent of the Ms. Grundy from the comics). Also, just for the irony of it all, B&V say all this was available via Google, despite an earlier scene where Betty was using a fake Google called ‘Sleuthster’.

Archie and Ms. Rapist have some sort of date where he asks her about her history since apparently he knows nothing. She tells him she graduated from Julliard and auditioned for several musicals, but was never good enough for any of them. After the sob story, they make out which leads us to Betty and Veronica breaking into Ms. Grundy’s car.

A thought: these last two episodes have shown a dark side to Betty that is starting to lend credence to the theory that she is Jason Blossom’s killer and remembers nothing, despite saying she was interning in LA during the summer. I’m curious about where it all leads. 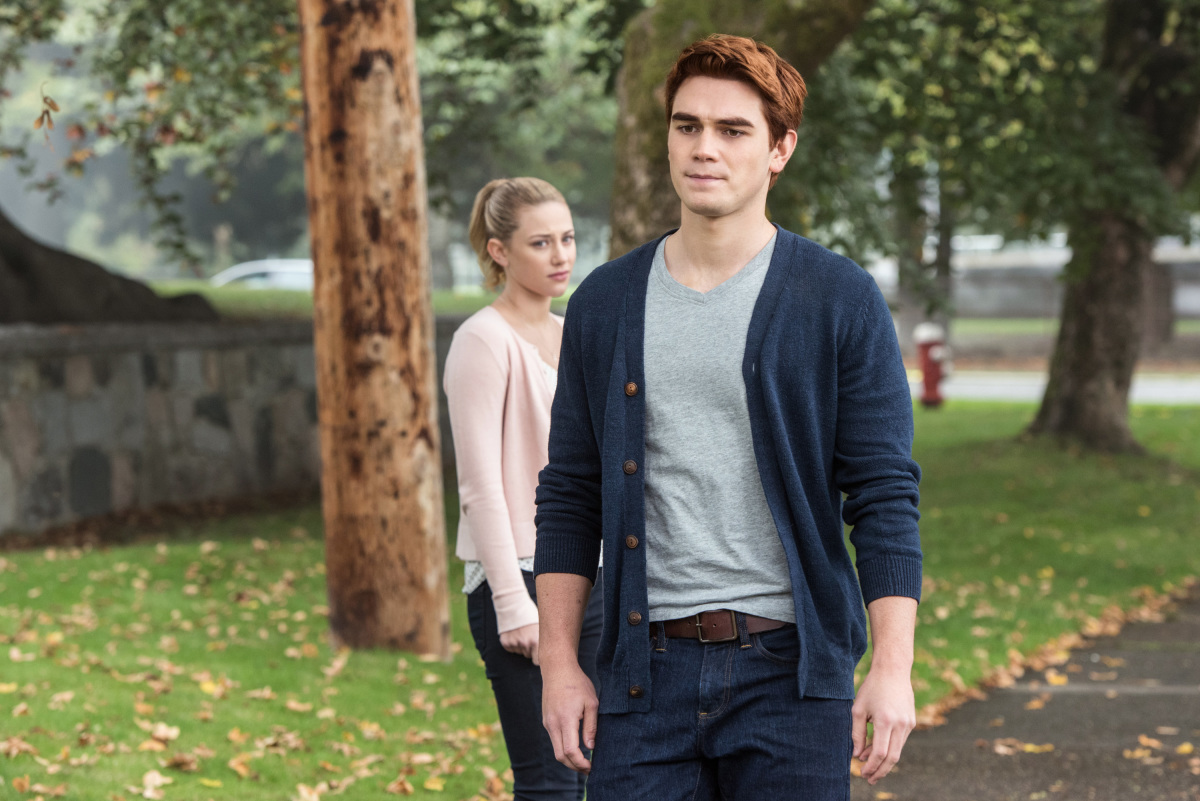 Moving on. After Betty uses a hairpin to open a box they saw inside the car, they find a driver’s license with Ms. Grundy’s real name – Jennifer Gibson – and a gun. It’s also worth mentioning that Betty says “Grundy has Archie under some kind of sexual spell and he won’t listen to reason”, which is a fair description, but not exactly the wording I’m looking for.

After Betty tells Archie about her findings, he still somehow “believes” the best of Ms. Grundy/Ms. Gibson. However, he decides to confront her and gets more of her backstory: she was married to a physically abusive man who beat the shit out of her several times. Finally, she got a divorce, changed her name, and moved away. She and Archie hug.

We move to Hermione, who is in in cahoots with the Mayor. She drops the bag of cash from the pilot on her desk, as she is the anonymous buyer of the drive-in area. The Coopers, meanwhile, go to Fred’s house to ask him to intervene and keep Archie away from Betty. A little later, Alice is putting away some laundry in Betty’s wardrobe when she finds the gun. She proceeds to read her “meticulous” diary.

Jughead turns the last drive-in showing into a town event and lots of people show up. Kevin goes on a friend date with Veronica, which is kind of rudely interrupted by Cheryl (seriously, this girl is an asshole to everybody, but somehow finds a way to include/invite herself into everything). This one Southern Serpent makes eye contact with Kevin (spoiler alert: they make out eventually) while Veronica eyes her mom sneaking out with the Man she was talking before. She follows and ends up seeing Hermione giving money to the Southern Serpent. 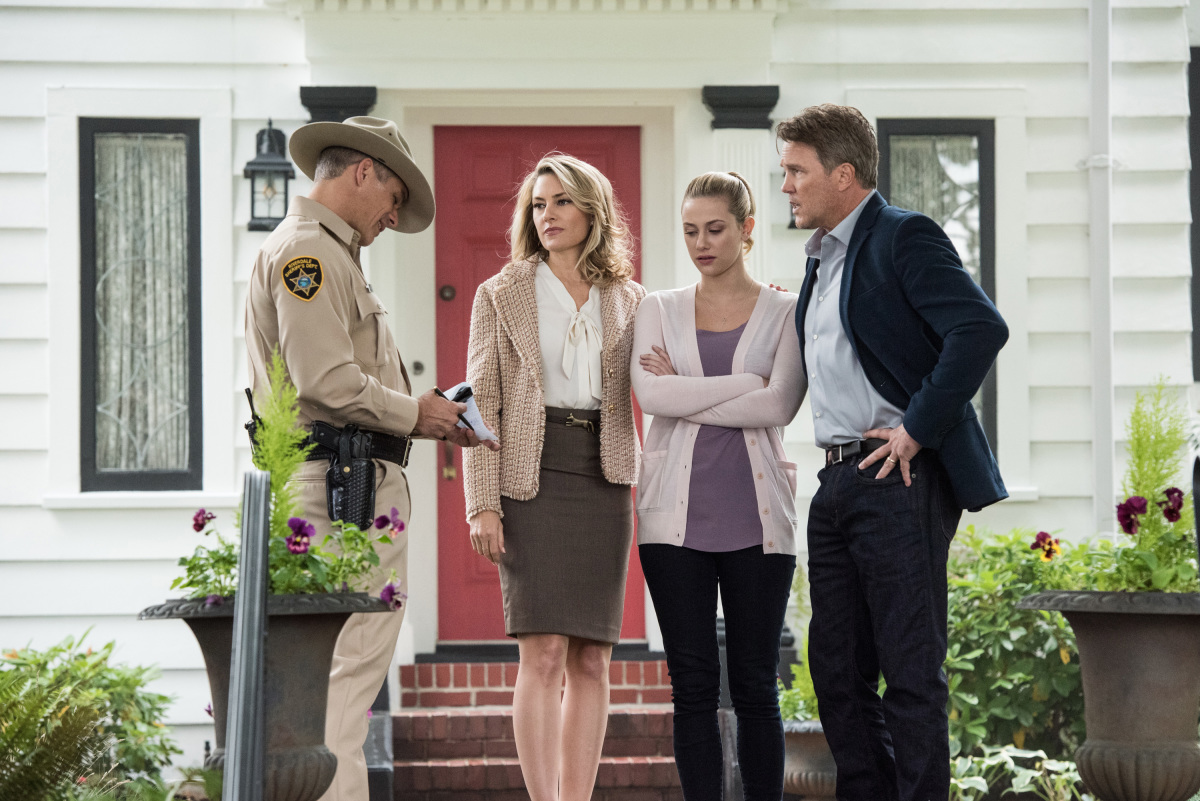 Archie goes to Ms. Grundy’s office at the school with a goodbye gift: he sold one of his guitars to buy her a cello bow. He says that their relationship can’t go on. Alice barges in, interrupting the duo’s hug, dragging Betty and Fred Andrews into this with the intention of exposing Archie first and Ms. Grundy second. As much as this is clearly for her own selfish reasons to keep Archie away from Betty because she projects Jason onto him, I’m gonna give her a pass because she calls Ms. Grundy a “child predator”.

This leads to a heated debate that ‘tackles’ the rape – Archie says he wanted this, it isn’t Ms. Grundy’s fault, blah blah blah. Alice shifts the blame of the relationship to Archie somehow in another attempt to demonize the kid in order to put an end to Archie’s and Betty’s friendship. Eventually, Ms. Rapist says she is going to leave the city while Alice agrees to keep her mouth shut on the issue or Betty will drag their family’s name through the mud with “yet another case of Cooper crazy”.

Kevin and his dad, the sheriff, get back to the police station and find it completely overturned with the detective wall covering Jason’s case totally trashed and stolen.

At the very damn least, Fred tells Archie that is wasn’t his fault and the two hug because the kid is legitimately heartbroken that his abuser is leaving. Oh, and the final shot of Ms. Rapist leaving town is her, dragging her heart shaped red shades down to her nose so she can ominously get a better look of some high schoolers walking.

For the final plot twist, this episode of Riverdale ends with the reveal that one of the reasons Jughead was so upset about the drive-in closing is that he was also living there. He finds his dad on his way out, who is revealed to be the Southern Serpent Hermione was negotiating with. She had hired the gang to devalue the area of the drive-in to buy it out at a lower price.