In “Disbanded”, Oliver has seemingly lost every inch of hope and will to fight as Prometheus/Adrian Chase has crushed his spirit, getting Oliver to admit that he likes killing people and used his Green Arrow persona as a mean to an end.

Starting off without the usual “My name is Oliver Queen” (probably a conscious choice as Oliver had given up the Green Arrow mantle), we pick up straight from last week as Ollie is telling his team to leave him alone. Obviously, they start off against his decision, but all of them eventually leave to respect his wishes. Oliver’s excuses, by the way, were more of the same: he is toxic and people who get with him end up in an early grave or with their lives ruined. It’s poignant, but we’ve heard this before. It’s a superhero cliche, even. 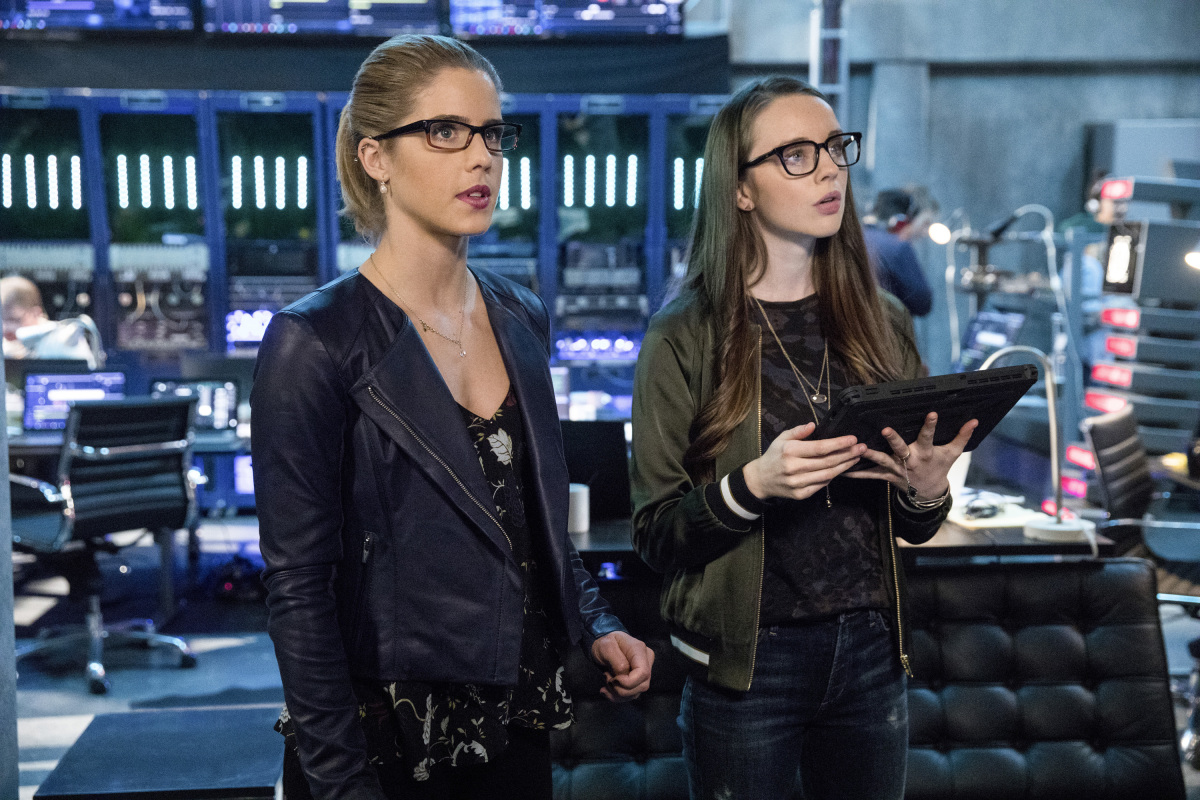 Felicity regroups the Team at her apartment which becomes the temporary ArrowCave. They decide to still go after Prometheus and other common criminals, but they will have to wear other equipment as Oliver has locked the cave with their suits inside. Quentin is the next in line to be disappointed by Oliver’s recently found hopelessness, but their meeting is cut short by Adrian, who comes over to the Mayor’s office to be petty. He dares Oliver to kill him right there because the only way Ollie will be able to put an end to Chase’s career as a villain is on broad daylight, outside of vigilantism. Obviously, still licking his wound, Adrian leaves the office unscathed.

At the Helix headquarters, Alena is helping Felicity track Adrian. Turns out that there is video of that time when Prometheus took off his mask which would prove that Adrian is his secret identity, but, unfortunately, his face is blurred on the video thanks to an equipment produced by Kord Industries. The good part is that they can try reverse engineering the equipment in order to de-pixelate Adrian’s face and submit the evidence to police. However, that will not be an easy task to accomplish as she needs physical contact with the device to reverse the algorithm.

Still at his office, Oliver receives a visit from Susan William’s. They talk about how she doesn’t blame him for her kidnapping and how her statement to the police is pretty futile without corroboration from other witnesses. A defeated Oliver says that Adrian would have a contingency plan for this and lets his “I break everything I touch” behavior speak out again as he breaks up with Susan.

Now alone, he calls Anatoly, with whom he does not have a friendly relationship with anymore, and contracts him to kill Adrian Chase because that’s an alternative with a more out-of-the-box nature. Anatoly asks Oliver to allow the Bratva to steal some cargo as payment for his services and he complies. 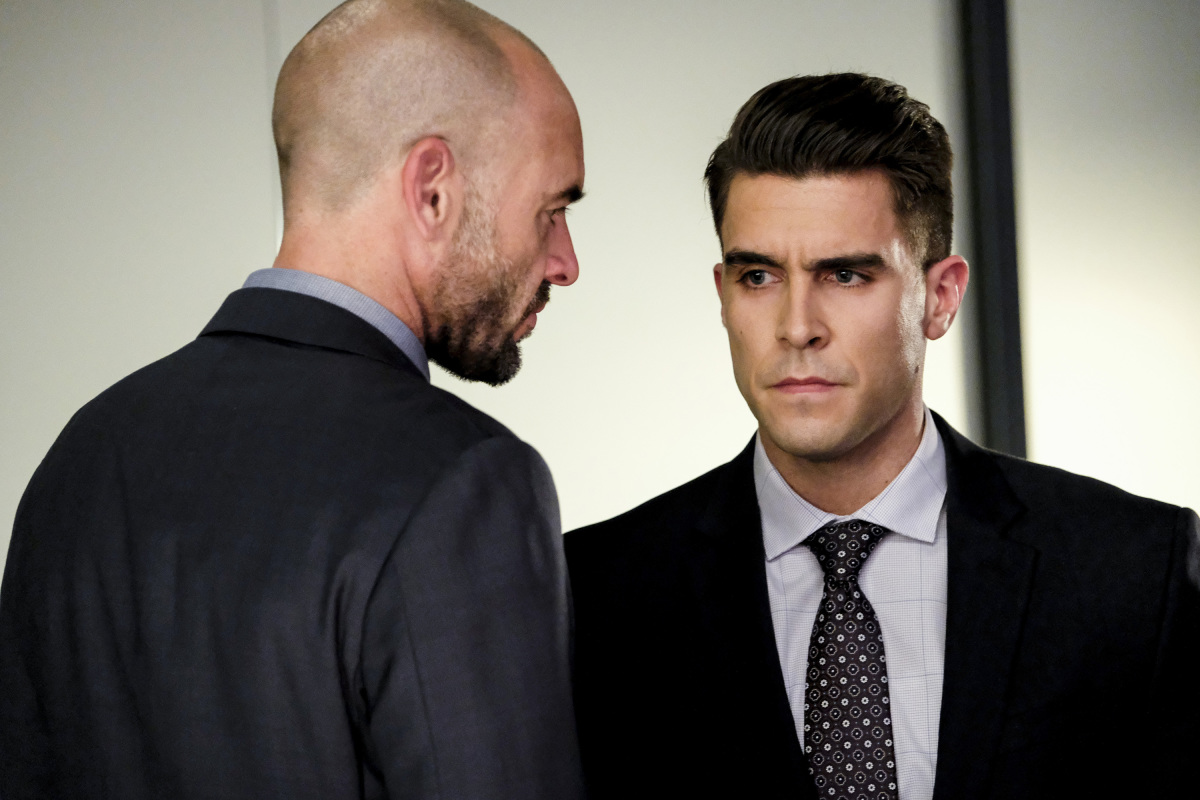 Team Arrow Sans Green Arrow (Team Spartan? He is the new Green Arrow, apparently) gets the notification from a scanner about a robbery going on. They make their way to the site as a well oiled machine, but just as they are achieving success, Diggle realizes that the culprit is Anatoly so they butt heads. Diggle goes to Oliver to argue with him about Anatoly’s presence in Star City (I personally don’t recall why it’s problematic for the Bratva to be there to be fully honest) and Oliver comes clean about having hired the Bratva to kill Adrian as a way to prevent anyone from the team having this kill in their conscience. Diggle, actually, becomes the voice of consciousness to Oliver in the episode as he is constantly trying to prove to him that not everything bad that has happened in the past five/ten years is their fault.

John asks Felicity’s opinion on the whole “Oliver Is Down”issue, but she is actually in favor of allowing Oliver to control the situation by hiring the Bratva. Curtis spies on her computer and sees a conversation with Helix about getting the device to get Chase on camera. Anatoly explains to Oliver that the cargo they stole are components of a drug more addictive than heroine that is what Bratva needs in order to create revenue and secure Anatoly’s position as Bratva Boss (reminder: he secured that position, which is hierarchical, five years ago in canon).

Diggle goes once again to Oliver to argue about Oliver’s surrender. Oliver explains that he wants his crusade to die out because it was created out of a brutal need that he didn’t want to admit to himself. He, in fact, needs the team to disband, stay away from him as he is poison, and allow the Bratva to do their job so Adrian’s violence streak can end.

However, Diggle goes to the team and arguments that allowing Bratva to kill Adrian will only enable Oliver to keep himself on pattern as a murderer even if by solicitation. The team decides to get Chase to justice so they go after his location because the Bratva will act on immediately. They are able to intercept the assassination; Adrian gets shot in the shoulder and Curtis uses one of his Mr. Terrific Balls ™ to get the device from him. The attack on Chase prompts him to be taken to Witness Protection Program with no city employee having access to his location. 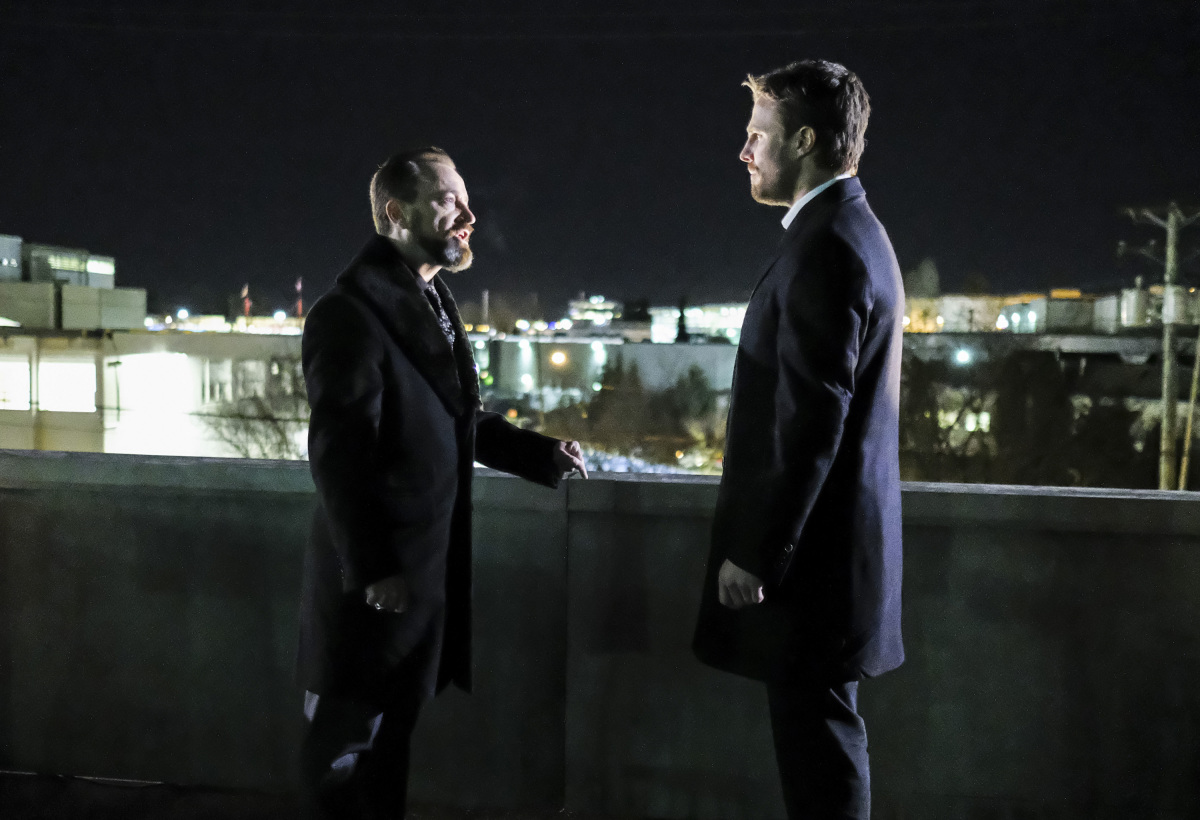 Oliver goes to Diggle’s to pick a fight and maybe get him to cease and desist with what he’s doing, but thankfully it goes surprisingly well. As much as Ollie makes his arguments on how he’s not cut out for the crusade anymore, Diggle reminds him of what Oliver had told him just a few episodes ago: the atonement doesn’t necessarily needs to mean stopping, but it can mean to keep doing the right thing which, in this case, is about Oliver keeping up with his “No Killing” policy and helping the city.

Curtis arrives at Helix out of the blue and reveals he had obtained Adrian’s optic scrambler. However, as they try to use it, Felicity realizes that the installation algorithm is also encrypted (is anyone shocked?). Seeing as the decryption process would take thirteen months, Alena suggests they break into Kord Industries as she reveals that everyone knows about Felicity being Team Arrow’s Overwatch, suggesting an elaborate heist. Personally, I love when people figure out the team’s secret identities because of how obvious they are.

Anatoly and Oliver meet as the latter wants out of their deal, but the former says that the Bratva will not leave the city and if they interfere with his operation, they will become enemies. Nonetheless, Ollie, without the Green Arrow suit, gets the team back together to stop the Bratva from getting the rest of the ingredients for the drug at Zarn Corporation while Curtis and Felicity rob Kord Industries (side note: Ted Kord really needs to step up his security as this is the second robbery THIS WEEK). Team Arrow fights off with the Bratva and they are able to stop them from acquiring the medicine. Felicity gets the encryption broken and, thus, the proof that Adrian is Prometheus, sending it to the internet and the SCPD. Ollie is hopeful that, sooner rather than later, he will be able to wear the Green Arrow suit again. 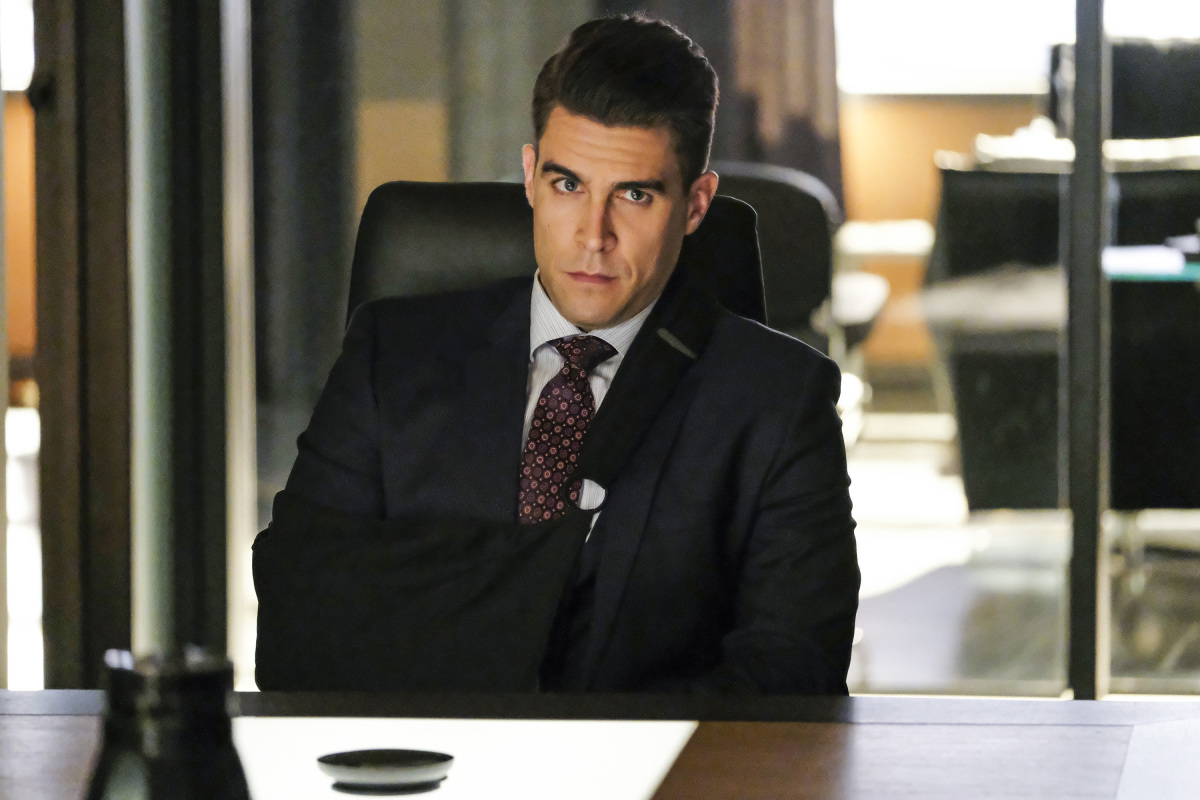 The cops that are protecting Adrian get the memo that he is Prometheus, but the mind-reader/future seer/telepath that is Chase kills all of them before the opposite can be done. Thus, he is able to drive past the police and escape.

The Flashbacks in this episode are about Oliver spending his last 48 hours in Russia before returning to Lian Yu. He helps Anatoly and the Bratva steal medicine for sick children. The last conversation between the two is about how Anatoly fears what will become of him and the brotherhood without Ollie’s positive influence. This scene is mirrored in the present day when both of the characters speak again and the Russian boss confess that *this* is what he became without Oliver, as he went on a path of “evil doing” in order to keep the Bratva united and himself alive.

So, despite some good acting overall and a few poignant moments, “Disbanded” was actually quite dull. It served to solidify Oliver as a person who, despite his dark side, still manages to bring the good in people as evidenced by the Bratva going in side steps after his departure. Other than that, not a lot happened, with the takeaway for the rest of the season is that, finally, Prometheus has been revealed to the entire city, which might get the Green Arrow back on the public’s graces.

Arrow goes on hiatus until April 26th for its last batch of episodes as it concludes its fifth year.