The Flash Battles Abra Kadabra For A Chance To Save Iris

After their engagement was rekindled, Barry and Iris seem happy again. However, an alleged metahuman attacks Central City, and he might just have the answers to their Savitar problem. 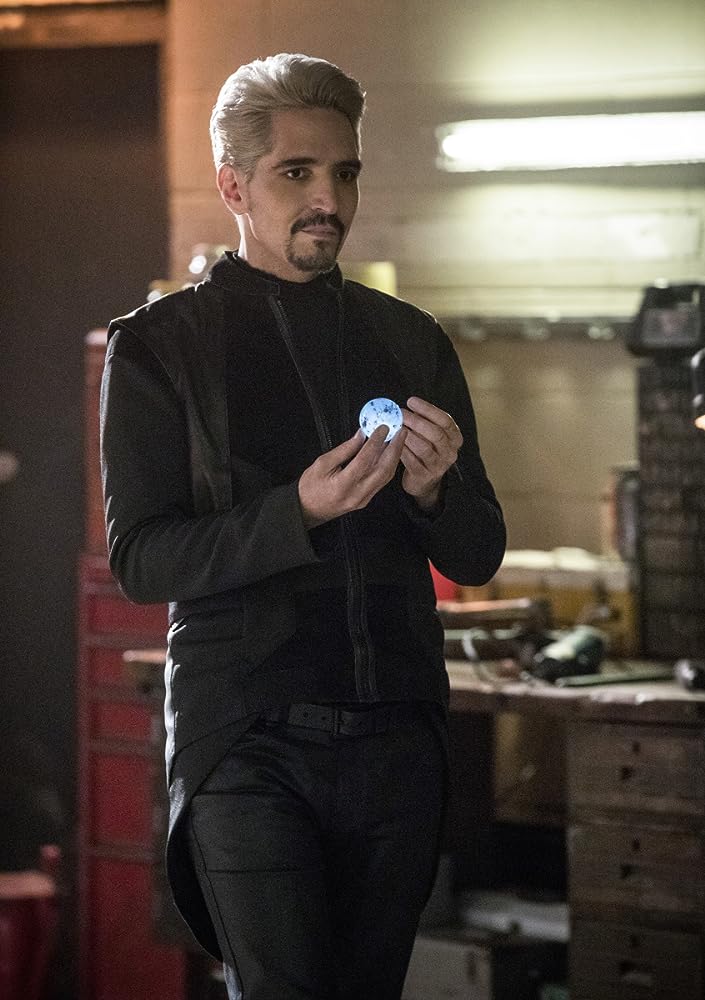 At a STAGG Industries warehouse, two security guards are straight up murdered when a man utilized what appear to be magic tricks to lock them in a tank and drown out of nowhere as he flees the scene with a stolen object. Elsewhere, Joe, Cecile, Iris, and Barry are having breakfast together. Cecile asks for the proposal story and it is so cute that she invites the gang for a group date watching Hamilton (DCTV writers love Hamilton, apparently, no matter what Earth you’re on). The catch? It’s on the first week of July and you can see the moment the spark dies in each of their faces sans Cecile.

Cisco vibes into the future and confirms that, so far, the future hasn’t changed one bit regarding Iris’s death. Julian doesn’t quite trust Caitlin after she stole the piece of the Philosopher’s Stone. Barry, Joe, and Julian go to the crime scene at STAGG industries, but the place isn’t really helpful in giving out clues. Serendipitously, the mysterious man attempts another robbery at that exact moment, and The Flash runs to Kord Industries to find the criminal. Thing is, though, the man knows exactly who The Flash is and what will happen to Iris. Gypsy breaches inside the building, but not even with her help the duo can’t catch the assailant — one “Abra Kadabra”.

Gypsy explains that Abra comes from the 64th century originally, uses advanced bionanotechnology from the future disguised as magic tricks, and has been a target for the Earth-19 collectors for quite some time. She also directly uses the term “Earth-19”, which is nice because it shows she is adapting her speech to a different audience. Cisco tries out his charm on her again, but Gypsy is not that responsive.

The group is interrupted by Abra attacking a third lab — Mercury Labs — and The Flash, Kid Flash, Gypsy, and Vibe all try to catch him, but they prove unsuccessful as he not only escapes Mercury, but invades STAR Labs. This is Abra’s mistake as, somehow, Barry is able to put handcuffs on him. However, Kadabra tells him that he knows who Savitar is and will tell if Barry lets him go. This is totally against Gypsy’s wishes, of course, and naturally, Barry punches him in the face.

Abra Kadabra wakes up in one of the STAR Labs holding cells with everyone around. He talks a lot, but the biggest revelation is that Savitar was the first speedster. Barry and Iris talk about the issue at hand. He wants to free Abra to find out who Savitar is. Iris realizes that she would rather not let someone who has caused pain walk free, even to save her life.

Joe, however, is much more concerned about Iris, justifiably so, and opens Kadabra’s cage so he could tell him Savitar’s identity. However, Gypsy interrupts right on time and Abra Kadabra is able to escape, but not before entering Eobard Thawne’s secret rom and stealing a special orb. Caitlin got seriously hurt during the confrontation between Joe and Abra Kadabra. She now has a piece of metal to her abdomen.

As Gypsy argues with Joe about his reckless decision, Cisco overhears and starts a conversation of his own about the intensity with which she wants Abra Kadabra to be put to death in Earth-19. She tells him that three years prior, Abra had killed her partner in crime and potential lover, making this case personal ™ for her too. 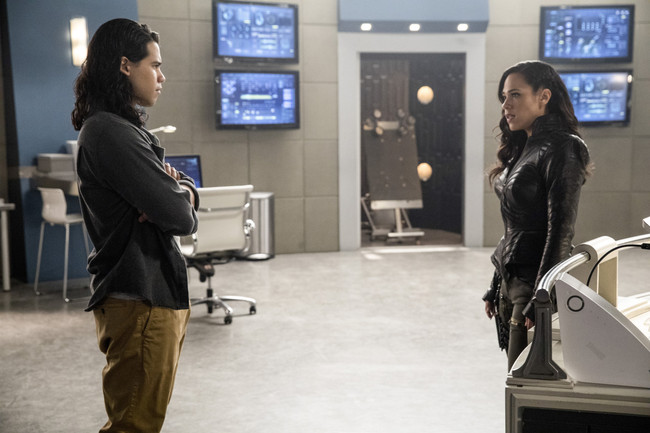 Caitlin is taken to the medical bay and new issues begin. No one there can operate on Caitlin, and she can’t operate on herself. They can’t take her to a hospital because any blood analysis would prove she is Killer Frost, and she would rather die than let her metahuman-ness cure her. So, the next best thing is Caitlin remaining awake during the surgery and telling Julian what to do as Iris assists (aww). The surgery is very painful, but Caitlin makes it.

Team Flash realizes that all these pieces Abra Kadabra has been stealing are the same ones that they used to create Eobard Thawne’s time machine in Season 1, so it becomes obvious that Abra will try to get back to the 64th Century. To do so, he will have to open a wormhole and that’s how the team will track him down.

They track Abra on the streets of Central City riding his spaceship at seemingly Flash levels of speed given how neither speedster are able to get him right away. One could say the same about the vibers of the group. However, The Flash is able to use the phasing trick to get Abra Kadabra off his ship and arrest him for good. 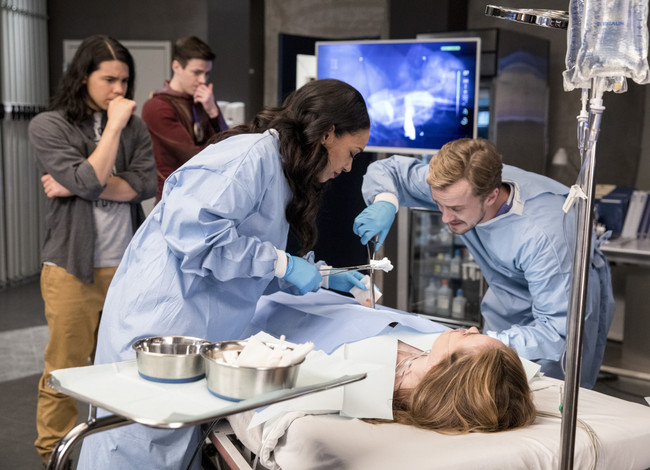 As Gypsy takes her prisoner to the room where she will open the breach, Barry talks to Abra and appeals to his emotional, supposed family-led side, begging him to reveal who Savitar is. Kadabra explains that, in the future they are going to be huge enemies, but he needs Barry to be broken by Iris’ death first. This way, he can feel like he also killed her. So, Barry lets them go. Gypsy and Cisco appear to be fractured after all whole ordeal.

Back at the Wests’ house, Joe and Iris have a tear jerker moment about how he feels powerless to help his daughter live through all this. Barry interrupts and claims that he will run into the future to level the playing field with his villains since they have a greater vantage point by already knowing how history play out — Savitar included. This way, he may get a hold of the god of Speed’s identity.

At STAR Labs, Caitlin and Cisco playfully talk about jello flavor when HR appears all of sudden, and I finally realize he was missing during the entire episode (his excuse was a two day “love” getaway with a woman named Rhonda). The friendly banter ends in shock and Caitlin ceases talking mid sentence. Julian is there to use the defibrillator (over her medical shift though?), but they fail. Caitlin seems dead… except that Julian in his distressed state of mind pulls the special necklace from her neck, allowing Killer Frost to heal herself and take control in the meantime. And so she awakens, fully blonde, and ready to kill.

As The Flash manages to pull the carpet out from under my feet during those last few emotional minutes, it delivers on the newscast’s promise that Killer Frost would be on the loose before season’s end. The Flash is on hiatus for the next three weeks, so we’ll have to wait until April 25th to see Barry follow through with his future voyage and deal with, quite possibly, the semi-unstoppable object in Killer Frost.