Secrets are Becoming too Much on The Americans

Secrets are nothing new to The Americans. As a show about marriage and espionage, its characters live their entire lives in secret. The entire existence of the Jennings family is based on a secret. Still, no matter how good you may be at keeping secrets, they tend to eventually break you. Especially for those balancing multiple lies and secrets; keeping them straight over years or decades is often destined for failure.

I think that’s the case right now on The Americans.  We’re in the final season, and the secrets are about to break everything apart. The Secret Lives of a Marriage

Philip and Elizabeth have always struggled with truth. They faced numerous crisis points even while spying together. They held significantly different views on how to handle their kids and operations. Often it felt like they only shared those opinions out of necessity, because it was impossible to work together without sharing. Now that Philip is living the retired American life, it’s no surprise to see how far apart they’ve become.

Through the first two episodes we only really saw what Elizabeth hides from Philip. She’s hiding her death count, her stress, the details of her operations, and her general mental well-being. Understandably so, of course. You don’t share details of espionage with someone not actively involved. Up until Philip’s visit from Oleg, he seemed happy with ignorance. His newfound worry because of her side work isn’t going to suddenly cause Elizabeth to open up.

Now we see Philip keeping secrets of his own. Besides meeting with Oleg in assumed acquiescence to begin spying on his wife, he’s also handling Jennings family business practically alone. He’s the only one we see talk to Henry, he runs the travel agency, he handles the bills. Elizabeth apparently still makes appearances, but her absence is noticeable to those in their lives. It looks like he’s running things practically alone.

Unfortunately for Philip, years of spying doesn’t seem to have prepared him to be a suburban dad running a small business. They’re facing financial trouble that Elizabeth either doesn’t know or doesn’t care about. His attempt to motivate his employees was well-intentioned but terribly awkward. He can’t really comfort Paige after last week’s closing murder because final authority rests with Elizabeth. Henry’s out of the house. Just because he has more of a life than Elizabeth doesn’t make him any less lonely.

The one time Philip and Elizabeth do talk, they find a vast ideological gulf between them regarding the westernization of the Soviet Union. So now he goes off to add yet another secret of his own by working with Oleg.

The two of them have completely different lives at this point. Their marriage is back to where it was at its worst, when they only stayed “married” to keep their cover. It might even be worse now because of Philip’s retirement. They are entirely different people who barely speak to each other. They run in completely different crowds throughout their day. There’s no way this can continue for long. Since this is the final season, I don’t expect it will.

Everyone throughout this episode was keeping secrets. Paige refuses to face her feelings on what happened last week. I wonder if she really buys the suicide theory. Does she, or is she lying, or is she deciding on willful ignorance? Paige has never been stupid. Whatever the case, she’s clearly burying her feelings on the death. Elizabeth and Claudia are putting on a different kind of lie to Paige in their Russian cultural lessons. Last week I wondered whether Claudia put on an act for Paige. This week I’m dead certain. Claudia and Elizabeth were entirely different people the second Paige left them.

I hope and expect Paige will see through this soon. Especially if her mother keeps killing people every episode. Paige may be growing fond of Russian culture but she’s still the same kind-hearted, empathetic person she was before her involvement in espionage. There’s a hardline edge to her mother’s side that Paige simply cannot agree with.  What happens when she finds out her mother’s secrets? How long before she realizes the cruel truth of what Elizabeth routinely does as a spy? Stan’s facing the same issue both with his new wife and his job. While I’m pretty sure at this point about Renee not being a spy, there’s clearly a growing rift between them because of his work in the FBI. This was evident in her sudden and absurd request for him to help her join the FBI. He also, for the second week in a row, spent his professional life dealing with counterintelligence rather than his new job in criminal investigations.

This is placing him on the other side of the secrets game, where he’s trying to parse what other people know and prevent the negative consequences. He spends most of this episode salvaging the mess Sophia potentially created by telling a coworker about her and Gennady’s FBI business. I am curious how this storyline will feed into the larger inevitable conflict when Stan finds out about the Jennings family. I fear it might not, but The Americans typically doesn’t create running subplots like this one without some larger payoff.

He also makes his first visit to Oleg, which was one of the best scenes in the episode. I love Nina’s inclusion in their conversation. These two have been on a roller-coaster ride of a relationship, one that saw them as professional antagonists, romantic rivals, something resembling friends, and now antagonistic yet again.

This was also yet another situation where Stan deals with secrets, as he knows Oleg’s cover story for being in America is a lie. Hell, Oleg barely seems to hide it. Stan clearly, clearly still holds a deep desire to continue in counterintelligence. At the very least he can’t walk away from the people he spent years working with or investigating. He’d start trying to sniff out Oleg’s secrets simply because of Oleg’s behavior. Considering all the personal engagement he has in Oleg and their long history, he couldn’t avoid it.

Some combination of Sophia/Gennady and Oleg will probably lead Stan back to investigating Soviet espionage, and through that to the Jennings family. Will Elizabeth be sent to kill Sophia and Gennady because of their defection? Will he tail Oleg to a meeting with Philip? Whatever the case, I’m anxious to see how this plays out.

All the pieces continue to move towards explosive conflict and the dissolution of all the secrets these characters have held throughout the course of The Americans. In some cases they have held secrets for decades. Each one carries their own weight, but whether big or small they all add up. I’m anxiously awaiting the collapse because of the powerful television it will create. I’m also dreading it. 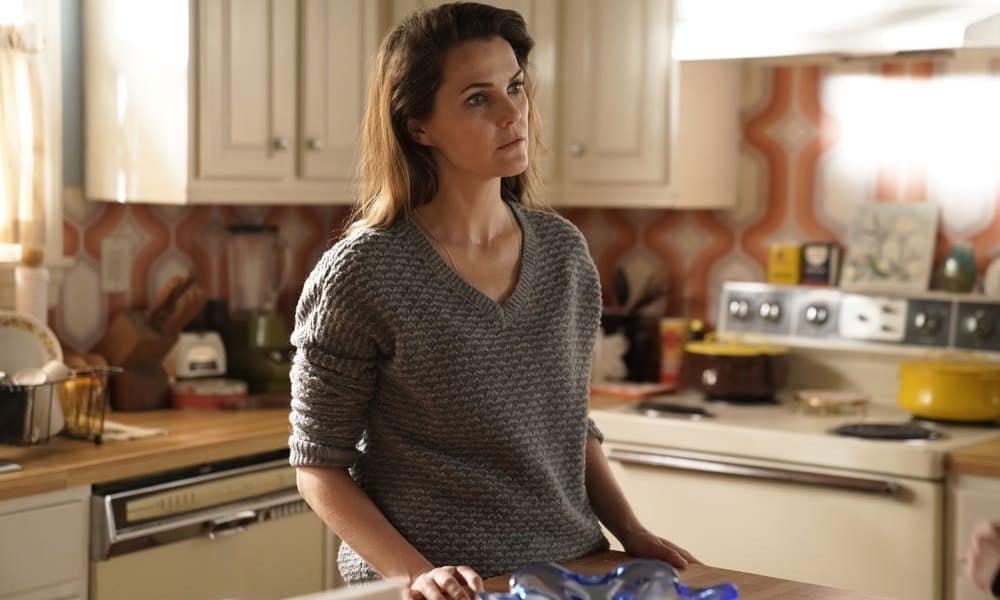 After 6 wonderful seasons, The Americans recently concluded with a powerful finale that served as a fitting end to the series while also leaving...

The Americans Ends with a Fittingly Quiet and Emotionally Devastating Finale

Series finales are a tricky business. Ending a story in any medium is hard to do, but ending a TV show like The Americans...

The Americans Passes the Point of No Return

At this point, it had to happen, right? This was the next to last episode of The Americans. The battle lines are drawn and...