In episode 12 of The Magicians, we learn that Quentin and his friends are on the fortieth time-loop of Jane Chatwin’s quest to kill the Beast. By the end of the episode, Julia and Quentin may have ended up in Fillory, but I’m pretty sure the rest of us got treated to some quality wheel-spinning. There was a lot of information dropped in this episode, and I’m not complaining about the changes from the book, but I feel like I was cheated somehow. I thought we were going to Fillory.

There was something up with Julia’s plot this episode.

The man OLU sent Julia and Kady to visit accepts their gifts, although he does point out how tricky, tricky, tricky Julia is for skimping on the gold and offering her faith instead. (This is such a hilariously expensive neighborhood in Brooklyn it is ridiculous that they are treating it so ~*~shady~*~ when a sandwich there costs like $12.)  If it was a real test, it was a great one, and if it’s a trick…well, The Fox doesn’t lack for style.

The Man Under the Bridge sure doesn’t seem like he works for a goddess, that’s for sure, curing of Asmodeous’s depression notwithstanding. (As we’ve recently learned from the Brakebills, finding ways to deny your feelings is not healthy. Is this meant to be a clue?) After putting Julia in a chokehold he coughs up the invocation for OLU surprisingly easily.

The next time we see Julia, she is partying with the New Traders, and it’s…pretty sad. Silver and Bender are cuddling on the floor, while Kady and Menolly dance drunkenly and Julia and Richard watch awkwardly from the sidelines. I think the show is trying to show that magic brings all types of people together, but this scene reminds me of nothing so much as an office mixer. A bad office mixer.

Richard the Chaplain even serves up some painful dialogue about how “Tonight should be about Dionysus.” And then he and Julia have sex, which eugh, I hate being right about these things. This was so unnecessary.

Notice how I haven’t called them the Murs magicians, as Julia often refers to them in the books? The intellectual snobbery, the sense of solidity, the bone-deep relief have been entirely missing from this story, and as a result, we aren’t really invested in these people. We don’t know them at all.

That’s probably why the scene where Julia and the other hedge witches gather to summon OLU falls flat. This should feel monumental, nerve-wracking, but instead it plays like a group of kids dressed in their pajamas.

Seriously, that’s not me being glib, this scene literally cuts to black and we don’t get to find out what happened yet.

Alice, meanwhile, has to drink. You see, out here in the real world, we have a different way of drinking our feelings, and Alice is determined to become an expert.

It’s a little out of place, but the scene where Penny propositions Alice was very well-written. I can tell because it’s made me hate Penny a little bit, because the way he goes about seducing Alice was deliberate and vile. He trades on his own painful past to make a connection with her, and appeals to her worst instincts to get her to sleep with him. It’s been so long since Kady left him, it’s hard to tell if Penny is still in pain, and if that’s what motivates him here. Honestly, the most discomfiting part of this scene is how genuinely charming Arjun Gupta is. Is that all the actor, or are we supposed to empathize with Penny?

The rest of the aftermath plays out about as can be expected. Quentin is exactly as childish and immature as his book counterpart, blaming the others for his and Alice’s breakup, even when he was clearly an active, willing participant. (Not to mention a monumental jackass in the months prior, blaming Alice for his unhappiness.) The show is trying to give him an out though, suggesting that the hangover of the emotionless-Vulcan spell means he wasn’t in his right mind, as though he can’t be blamed.

At least the show lets Alice call Quentin out for getting angry at her for sleeping with Penny.

Anyway, they finally set out for the Neitherlands. Everyone but Penny does the Vulcan spell to take away their emotions. They all take hands, touch the button, and rise up through the Earth fountain — the symbolism of which I still don’t get. I feel like I’m missing something obvious.

The Brakebills group is forced to take shelter in the library, once Quentin is attacked by the native Neitherlanders and sent back to earth. In a charming Easter egg, the librarian greets Margo as “Janet,” and when corrected, responds “This time.”

The librarian breaks their bottles of emotion, which sends Eliot on a bender, going to read Mike’s book and learning that they probably wouldn’t have hit it off after all. Eliot is in seriously bad shape this episode, completely self-destructive. It’s totally understandable that he feels so awful and alone given that he is right, how could Margo not be there for him! She is supposed to be his best friend! Completely forgetting that the number one rule of fairy tales is that you do not ever break the rules, Eliot forgets the conditions under which the librarian took them in, sets Mike’s book on fire, and gets them kicked out of the library.

I’m really not sure what their plan was anyway, hiding in the library. Were they just going to hang around there for Penny to become really good at traveling? That sounds…like a grind, honestly.

Kicked out of the library, they are offered a second shot at sanctuary by the ever dependable, the ever present, the ever mostly unimpressive: Josh! Josh is here to save the day.

Josh has been hanging out in the Neitherlands for a while, but he’s game to lead the way when Alice uses her phosphoromancy to make them invisible so they can get to the Fillory fountain. Along the way, Eliot, high on the inexplicably halucinogenic carrots, reveals himself to one of the thugs, narrowly avoiding getting magically roasted by Margo, who has sullied the pristine culture of the Neitherlands — where they fight to the death with magic, like civilized folk — with a gun.

You know, I can’t even blame her. Battle magic looked hard. Guns are easier to buy than cars in our backwards ass country.

Quentin, kicked out of the Neitherlands, finally does what I would do in an emergency, which is to head straight for the nearest adult. Quentin apparently keeps a little Veritaserum in his pocket too, because he soon has Dean Fogg talking about how he lost his virginity.

And that’s when the show does something awesome.

The time travel magic exists in the books — as I talked about last week, time travel is the only thing that explains Jane’s interest in Quentin in the first place. But the show takes this even further, and tells us that the thing Jane changed in this timeline, the thing she tried to defeat the Beast…was to keep Julia out of Brakebills.

This reveal ties the season together even more neatly than the books, and bringing Julia and Quentin together underlines this even more. This is the story they were building towards all season. The chemistry between Jason Ralph and Stella Maeve makes you wish they’d done this much earlier.

Julia takes this way, way better than I would have, after Quentin hauls ass to Brooklyn to tell her. This is the first time we see her after the summoning and she doesn’t seem exactly troubled. She doesn’t seem exactly normal either (really, everyone is out getting milk? That’s plausible) but she’s perfectly willing to help Quentin figure out a way to get to Fillory.

They decide to raid the time travel bridges of Brakebills, which we’ve never heard of before, but okay whatever, they gotta get there somehow so why not throw in a tasteless joke about Hitler?

Without a whole lot of effort, Julia and Quentin manage to time-travel back to England of the 40s, tracking down Jane Chatwin off screen for two days before following her into a red telephone box and to Fillory.

And would you just look at these two nerds?

Their faces really say it all.

Who among us hasn’t wanted to go to our own Fillory?

What did they change?

See what I did there?

The idea for the time loop is genius: it brings together the two halves of this story. We immediately imagine what Julia’s time at Brakebills would have been like, we mourn that loss, we ret-con her friendships with the other Brakebills.

And um…maybe Jane should have used that probability spell the Brakebills used to calculate their chances with the Beast? Wouldn’t that have been safer than potentially getting yourself Oberyned and risking the lives of these students? Just a suggestion.

Also: how exactly does Dean Fogg know how many loops Jane has done, and how many times Quentin gave him truth serum? That whole scene came across as very Matrix-y.

And while the time loops exist in the books, they aren’t explored, and it’s only retroactively that we even learn about them. Revealing them now dramatically ups the stakes with the Beast: they have fought this fight before, and lost every time. This is their last shot. And they are banking on whatever Julia learned on the streets.

That’s another clever reversal — the books excluded Julia from Fillory. (Or at least, this trip!) Here, the show is deepening her loss of Brakebills, but giving her Fillory. For the most part, this seems like a wonderful idea.

Except…well, it does beg the question of what would have happened if Julia had gone to Brakebills, as she was meant to. And seeing the chemistry between Julia and Quentin today, it occurred to me: if Julia had gone to Brakebills, she and Quentin may have fallen in love after all. Quentin might never have fallen in love with Alice, and she with him, and she might never find reason to turn herself into a niffin…which is what ultimately defeats the Beast.

Maybe Julia isn’t bringing anything special to Fillory. Maybe her absence was the point.

In this article:adaptation, Lev Grossman, Quentin Coldwater, SyFy, The Magicians 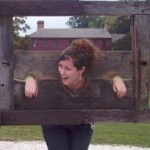 Andy is a certified master of Getting Shit Done, and has absolutely no chill.

Week Of Pandemonium: How I Learned To Stop Worrying And Love The Feelies

Whatever Wednesdays: ‘Man Of Steel’

Week of Pandemonium: Up Close With An Infernal Machine