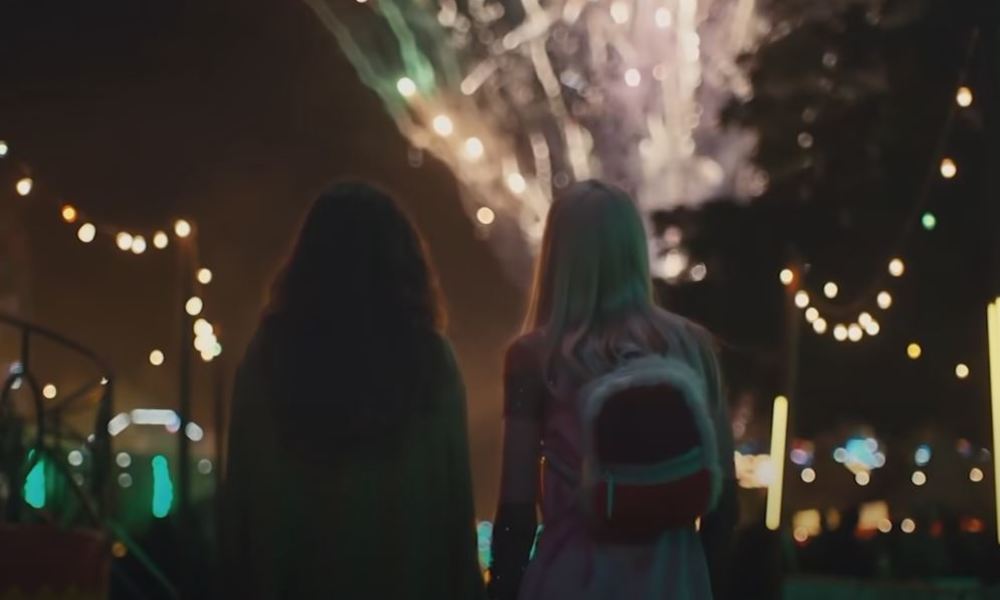 Innocence is a weird word to use when talking about Euphoria. Between drug addiction, dealing, murder, violence, sex, and so on, saying anything about this often over-the-top melodrama is innocent sounds outright wrong. Yet, it is. I know that it is not easy to remember because of the melodrama, but many times I cannot help but feel like some of these kids are just…kids. Kids with an immaturity and innocence about them that makes their stories all the more difficult to watch.

There is no better example of this than with Rue.

Obviously, as the main character, Rue is the heart of Euphoria. She is the central character telling us her story. While many things happen around her that she is totally uninvolved with, we still usually hear about those events through her voice. In a way, she is narrating the lives of everyone around her and so her opinions inform our own.

And it’s hard to separate those opinions from what we know about her. Mainly, that she turned to hardcore drug use in large part because of her father’s battle with cancer and eventual death, as well as variety of childhood anxiety and attention disorders that drug use “helped.”

It is too easy to look at Rue’s general attitude, listen to her narrator voice, and be tricked into believing she is somehow more mature than everyone around her. She is not embroiled in petty romantic battles like Maddy and Cassie. She does not obsess over popularity and image like Nate. Because she is narrating, it is easy to look at her as more observant and introspective than others. She realizes what is wrong with her and how she is harming herself.

The thing is, that correlation between quiet, introspective isolation and maturity is a mistake that society, and therefore the audience, makes. Rue is still that same kid laying in her father’s deathbed, trying and failing to cope with it.

You catch glimpses of this child in Rue’s worst, or at least most dangerous, moments. Her arguments with her mother and sister. The way she pretends to not be jealous about Jules and then self-destructs. Her oblivious giddiness when riding with Fezco to a drug meet. You can see how Rue really is a child at heart, and one seriously damaged by her childhood and her drug use. Jules may not be much more than a child herself, but the difference in maturity and social awareness between the two always stands out when they are together.

A big reason why Jules loves Rue so much is that Rue lets her just be a normal teen girl, where no one else really does.

Much of the credit for this sense of childish innocence around Rue is due to Zendaya, who expertly shifts gears across a variety of emotional states and deserves every bit of praise she ever gets for this role. She’s so good at knowing when and how to let that vulnerability and naivete through.

Even in the writing, though, you can see how Rue lives a more sheltered life than basically everyone else on Euphoria.

Even with more soap operatic and over the top elements of Euphoria, you get that sense of kids with only fledgling life experience that makes them easy prey for emotional gaslighting. Cassie easily falls in love, as many kids do, but is shamed for it and driven to extreme emotional lows. Maddy and Nate wildly bounce back and forth from each other in a horrifically toxic relationship with each other because neither understands why that toxicity should not exist. Kat is sucked into the world of online camgirling because grown men exploit her need for validation.

There have been many times throughout Euphoria where I feel totally exasperated by its characters. Then I will see a scene where Maddy is having fun babysitting a kid, or Fezco will be this sweet kid talking to Lexi at a party. Cassie and McKay are this sweet couple, until they are not. Everyone tries so hard to be mature, and Euphoria’s plotlines so often make everything so overly dramatic and important, that it is easy to forget just how young and stupid these kids are.

That is not a defense for every awful thing throughout the show, but it is necessary context.

The cast of Euphoria are largely victims of a world that exploits the transitional period between childhood and adulthood. It is a tough show to watch because you can see a harsh (if exaggerated) world exerting its cruel influence during this crucial developmental period. Euphoria does not paint a positive light about ANYONE, and that can be grating. You know that any moment of happiness or normal innocence will soon be extinguished.

Maybe that will change eventually, but Euphoria is still on a cruel, demoralizing road where a bunch of high school kids are going through this difficult time in the harshest ways imaginable.

Whether the show ever backs off its need to be so over the top and melodramatic in the suffering it puts characters through will likely determine Euphoria’s quality in the future. I cannot imagine watching too much more of these kids falling deeper and deeper into dark, irredeemable pitfalls.

But then again, the reason WHY these portrayals are so over the top is because that is how teenagers see their lives. Everything is the biggest deal ever. Your life is ruined by every setback. That is also part of the innocence of youth. You are not emotionally equipped to properly evaluate what something means to you. Some things, such as Rue’s drug addiction or Jules’s gender exploration, are big deals that will be foundational to the rest of their lives, for better or worse. Others, like the relationship drama, do not mean nearly as much as these characters think it does.

Opinions will vary on Euphoria, and for good reason. I am personally of the opinion that the entire Jacobs family could be rocketed into the sun and the show would improve immensely for it. The thing that keeps me watching is the hope that Euphoria will let these kids maintain some of the innocence they are losing.

In this article:euphoria, Featured, HBO, Zendaya In many ways, Spider-Man: No Way Home is the best of the new Spider-Man movies. At the same time, it suffers from many of the failings of the...