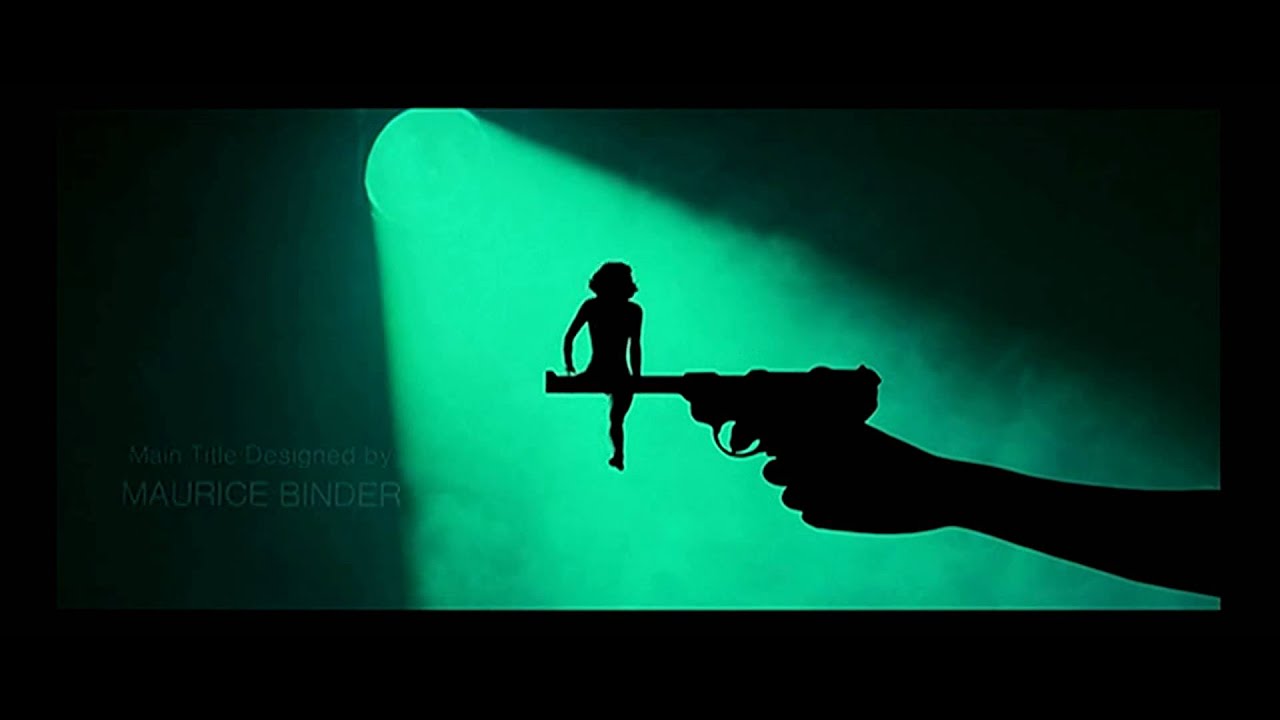 For those who don’t watch James Bond, my problematic fave of which I can’t even explain my enjoyment, each of these films begins with some kind of action sequence. Sometimes it’s connected to the actual plot, sometimes not. Then comes the title sequence, where the theme song of the movie is played while scantily clad women dance on guns or pop out of split lenses, or something equally artistic. Though the Craig films have stepped away from this a bit.

Usually, these title sequences are “informative.” Like in The Spy Who Loved Me, a silhouette of Bond dances with the same woman’s silhouette a bunch, and then we sometimes see her wield a gun. So… do you get it? That evokes another spy. That he loves.

Goldfinger shows women painted in gold, which is a vague spoiler of what’s to come. The World is Not Enough‘s plot revolved around oil pipelines, so the girls in that title sequence were swimming in (you guessed it) oil.

Hats off to Goldeneye, which actually showed the collapse of the Soviet Union because of time passage in between the opening scene and the rest of the movie. They accomplished this by having sexy women hammer away at statues and then dance in front of falling hammers and stars.

Of course there was also a part where a woman had two faces, and a gun randomly popped out of one of them? Best to not ask questions.

Either way, there is at least a bare minimum effort in most of these to incorporate the plot of the movie into these sequences, or at least some motif, while also providing transparently cheap titillation for the audience.

Enter A View to a Kill. This is easily the best title sequence in all of the Bond franchise. First of all, it’s Duran Duran that sings the theme song. Secondly, if you didn’t know this movie was released in 1985, you will definitely know within the first thirty seconds. Because holy shit, someone just discovered a black light and glow-paint:

The direction is possibly the best part. You can just feel yourself inside the studio with all the lights off as some guy goes, “alright now be sure to purse your lips as you wave that glowing gun around!”

Then they show Bond creeping on some girl in a sniper scope as she’s undressing. At least I think it’s Bond? His figure pops up. No time to worry about it though, because it’s time to “dance into the fire,” as flames pop up with more paint-dancing.

Getting bored? Never fear! They also found fabric that glows in black lights. And because it’d be boring for a woman just to dance around with that, they decided to have them ski. In fire.

Now, this likely references the ski scene from the opening of the movie, where Bond skis and snowboards while the Beach Boys’ “California Girls” plays. But I do feel obligated to tell you that the plot of this movie is about Christopher Walken plotting to destroy Silicon Valley, and horse steroids, so…

Oh I didn’t even mention all the women who get turned into ice statues  ¯\_(シ)_/¯, which are cut between all the ribbon dancing. A+. I know exactly what this movie is going to be about.

It’s Friday; treat yourself and watch this. We will never see such a gold standard again.

In this article:a view to a kill, ridiculous video