Nearing the season’s end, the team is pretty shook up after Savitar’s escape and subsequent Wally’s imprisonment. Thus, Barry dramatically decides he needs to go in the Speed Force (SF) to his friend’s rescue.

After a bit of contemplating on how everyone has suffered enough for him, Barry’s mind is made on going after Wally. Jesse asks to go with, but the overall protective paternalistic & infantilizing tone Earth-1 keeps him from allowing her. Team Flash comes up with a sort of tether-like device that can help Cisco pull Barry out of the SF. 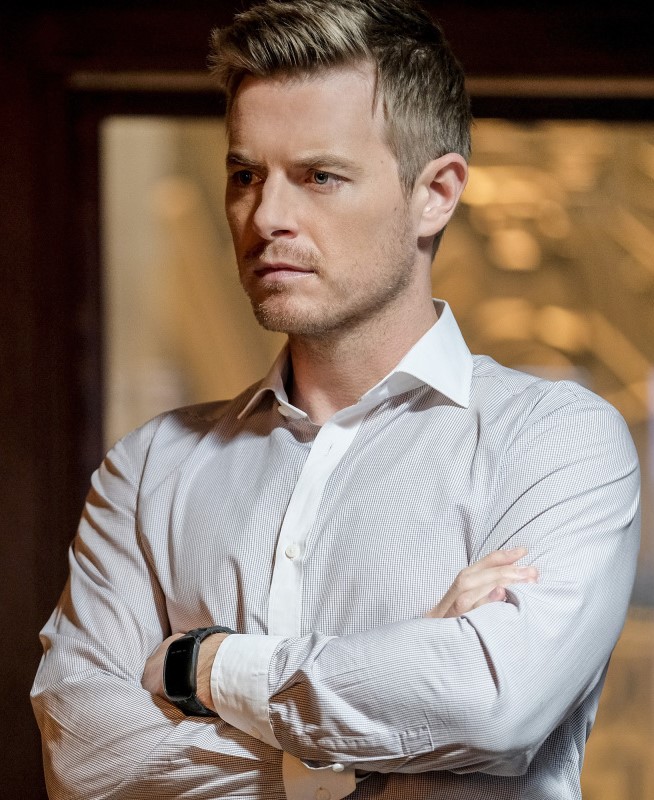 Thus he makes the leap as, apparently, Cisco can just open portals to the Speed Force willy-nilly now. He lands inside the police department and meets Eddie Thawne or, better yet, the SF talks through Eddie’s body. Eddie tells Barry that the SF is not happy with him—it was misconduct to get to terms with his mother’s death during his first visit to the SF and then going back on time to change it, creating Flashpoint, so the SF will not be so kind this time and wants to avoid another life altering reality.

They talk a bit more, reminiscing of the sacrifice Eddie had to do to save everyone, but he ultimately lets Barry go to find Wally having only to be chased by a Time Wraith first…no biggie. Then, he appears at STAR Labs, meeting a Cailtin Snow cradling a daughter when he sees Speed Force test #2: Ronnie Raymond, the man who saved Central City. There’s more talk about how Ronnie were to have a life with Caitlin, but had to sacrifice himself. Barry is still not getting the gist of the situation, wanting to go after Wally, when the Black Flash appears and they face off.

Eventually, the Black Flash is able to get to him and kind of starts sucking the life out of Barry. Ronnie tells Barry that he sort of needs to “embrace” the future to save Wally, and so Barry detaches the tether from himself and onto the Black Flash “killing” him.

Barry then wakes up at the Central City hospital. He spots Wally inside one of the rooms, staring longingly at an empty bed, crying. Before he can enter the room, Leonard Snart shows up as the Speed Force Test #3. He says that Snart sacrificed himself inspired by Barry’s selflessness, but the SF cannot let Barry sacrifice himself to save Wally because he still needs to be a hero… or something. As the SF starts attacking a self-defeated Barry, Jay Garrick shows up to save the day. 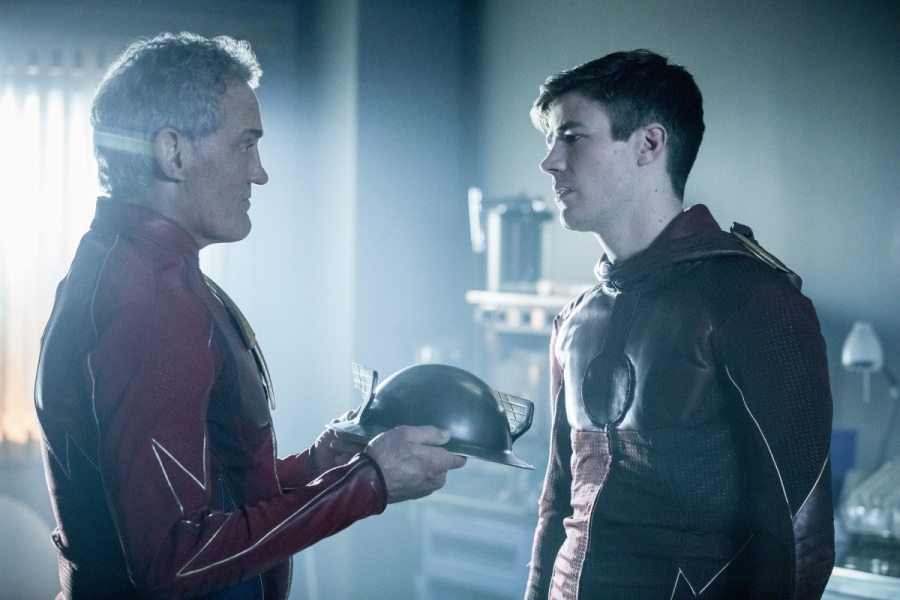 They finally enter the room where Wally was condemned to relive his worst moment, his mother’s death, over and over again as the prisoner in Barry’s prison of the future. Jay tells Barry that Cisco came to Earth-3 and asked for his help and now he will take Wally’s place gladly. Barry returns with Wally to Earth-1, but hardly anything is well.

While this was unfolding, Jesse was hellbent on doing something to help. She told Cisco to use Savitar’s finger to track the bad guy, but that’s not quite how it works: the team realizes that the finger is being attracted to Savitar himself, so it could just lead straight to him. However, there’s the issue again of the team not *fully* believing in Jesse allied with Savitar being too damn powerful. 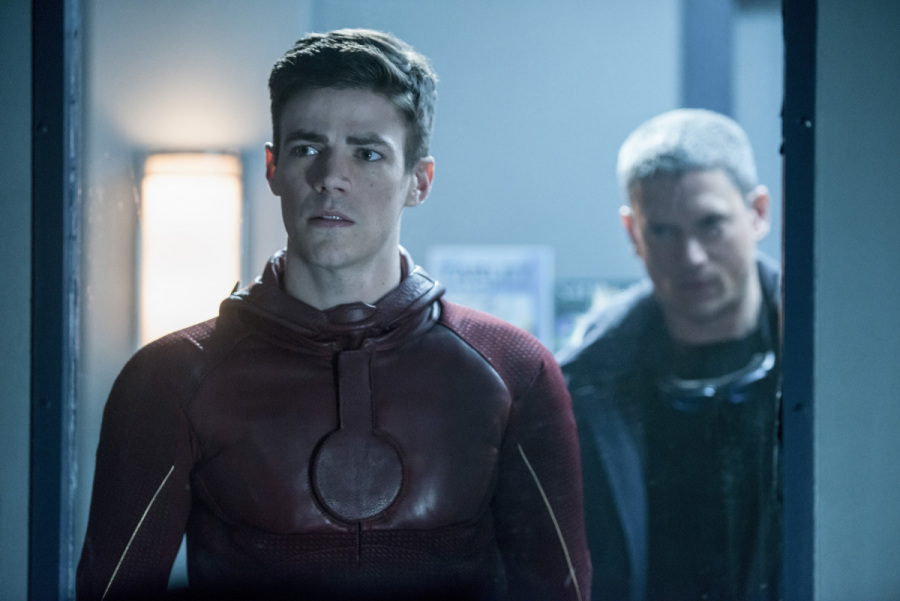 Despite all of HR’s annoying protectiveness and dad-like-surrogacy feelings seasoned with a foot-in-the-mouth “You’re not the flash”, Jesse still goes after Savitar, but is not too effective at first. Savitar even tells her that he has plans for her in the future. HR chimes in with a ‘haven’t you people ever heard of stabbing Savitar with his own goddamn finger’—not a direct quote, sadly, but same meaning as someone in Team Flash finally realizes that a god in full armor is probably protecting something within.

Therefore, Jesse does stab him making Savitar feel pain and is able to get away. However, after meeting the returned Wally, she tells him she is leaving for Earth-3 because she is afraid of Savitar’s plans for her and also because Earth-3 is lacking a Flash now that Jay is gone (Earth-2 can choke, right, Jesse? It’s not like you, Earth-2’s THE Flash, abandoned it to be with Wally, right?)

Finally, after a sore goodbye before Barry going into the SF and a good comeback, Iris seems willing to get back on the engagement horse because she really does love him. However, given we simply CANNOT have nice things, Barry decides that it’s better if the couple takes some time off.

As The Flash’s episodes go, I certainly should not complain about “Into The Speed Force” as it was able to hit a lot of emotional strides from the main season arc specially as next episode will be the musical one and will probably not tackle it directly — there is the one detail that the Music Meister was mentioned in the newscast from the future.

However, the episode suffered from a number of smaller issues, like Jesse’s entire arc, some justifications on the speed force trip and, obviously, the Allen-West breakup.

To start, Jesse Quick, who was canonically really fucking smart and now a speedster needing to be talked down at all times while not quite being validated by the team. Honestly, I’m a little confused if this comes from a place of “you’re not Barry” or that’s just how the team works, specially when it comes to HR telling her about Savitar’s armors probably protecting something. I’m trying not to think of it as pure sexism (as Barry has had his fair share of cases where the team came up with a solution), but seeing the pattern that comes up with Jesse not being enough for Earth-1 shenanigans, that’s hard to dismiss.

There’s also the fact that Savitar is this big Mary-Sue-like-villain (a Villain Sue, in fact), self proclaimed God of Speed and Jesse never really did fight someone quite like him, but it leaves a bad aftertaste when the whole picture comes together. This is a character who left her own Earth unattended even though she claims she was The Flash there, came to Earth-2 for Wally, only now to go to another Earth to replace its Flash all alone. Needing HR to tell Jesse to stab Savitar with the finger does not bode well for the character who, apparently, simply cannot be a regular on The Flash because No More Speedsters. Yet, I am still concerned about Savitar’s plans for Jesse and that does send a chill on my spine. 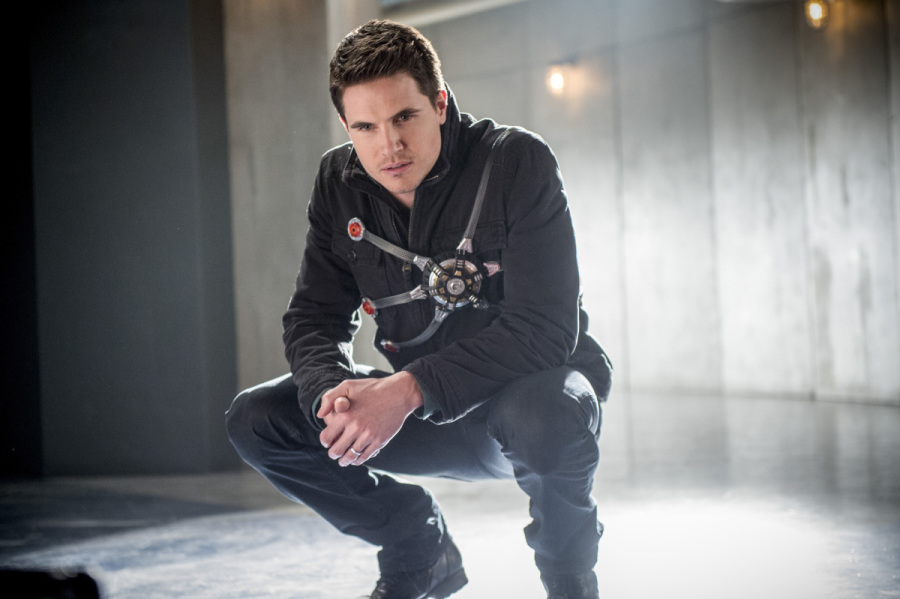 The trip down speed force lane was relatively well done, but some parts of it felt contrived. I am glad that there were at least some throwaway lines about Barry’s grieving process messing a lot of things up and him taking responsibility for it. As the episode ends, it feels clearly that Barry learned the lesson that it is 100% up to him to save Iris—not Wally which was itself quite the plot fabrication/idiocy ball.

This sort of prompts me to a theory that Barry may actually die at the end of the season, sacrificing himself in order to change the future. If Barry dies before Savitar can kill Iris, then maybe her death can be avoided. This would lead to a sort of reboot of the series, maybe bringing Kid Flash to center stage and so on. It’s interesting, believable (the show keeps having Barry’s speed fluctuate when the plot needs it to), and something that has the potential to be a mild hit or uber miss.

The Allen-West part just feels off, all around. It’s not that I don’t quite believe that it could realistically happen—the whole “Iris is gonna die” is certainly off-putting—but it feels like a writing choice specifically designed to serve as unnecessary drama, as if they couldn’t just simply leave the couple being happy for a few more episodes. Barry being prompted by fear to propose? Sure. That being THE only reason? What the fuck? He’s been in love with Iris forever!

So, next week is the two-part crossover between Supergirl and The Flash where Glee’s very own unbearable Blaine Anderson is making his way to the DCTV to make me suffer through second hand embarrassment and alternative timelines. I’m trying to go into this with a relative optimism, but it’s really hard, guys.