Autumn is a cultural staple for us here in New England. But, in this unseasonably warm September, there has been a lack of Fall spirit and festivities to my mind. Perhaps only the cool, crisp inhale of decaying maple leaves can bring me into the fleeting, autumnal mindset. I’m no longer at the point in my life wherein I make the return journey to school, there are no out-of-state leaf peepers crowding the streets and trails, and I haven’t even put away my summer clothes. So how in the hell am I supposed to come to terms with the fact that September is almost over?

Well, there’s one cultural staple that’s still going strong, and will continue to do so for the next 7 weeks: South Park! Season 21 Episode 3 “Holiday Special” is here to remind people like me, who can barely remember his own birthday, that October is creeping up fast, and with it our favorite controversial Monday-off-from-school-Holiday!

This week’s issues: Columbus Day and the Fetishization of Victimhood

It’s utter bedlam in the halls of South Park elementary this week. There is an uproar in violation of their human rights: they just cancelled Columbus day. Some monster named Peter Galtman, the head of the School Calender Committee, has dared to take it upon himself to cancel the holiday and force the kids to attend school. But Peter means well. He believes Columbus Day to be a celebration of racism and genocide of a particular people, and it’s all thanks to one special parent in particular who opened his eyes up to the issue: Randy Marsh.

Randy’s latest crusade of misplaced do-goodery is to cleanse the town (and later himself) of anything paying homage to Christopher Columbus. This includes cheering himself on as he tears down a local Columbus statue, calling people at random to shame them for choosing to live in any placed named after Columbus, and traveling to Columbus Circle in NYC in order to defecate on the land mark.

In his interview with a field reporter, when asked if he was protesting for Indigenous peoples and their feelings, his response reveals his ignorance to the entire world:

“I don’t care if people get Indigenous, I’ll crap all over their statues. I’m the one who’s Indigenous that this statue even exists.”

So while having only his personal (and completely wrong) version of what it means to even be Indigenous, Randy, sporting one delightfully marketable tee-shirt, continues his campaign against the Spanish explorer.

This running gag is particularly poignant for me on a personal level. I live in a white liberal hilltown that continuously feels the need to gather their whiteness and erase specifically Native American teams like the Warriors or Chiefs in order to appear more culturally progressive. Ignore the town names, lakes, dedicated street names that are all in dedication to (or appropriating, depending on which white person in which town you ask) Native culture…if we just change the Warriors to the Bumble-Bee’s, we’ll have reversed mass genocide and we won’t have to feel any more internalized guilt! The plot thickens when the kids, hell bent on rescuing their day off, inadvertently discover that Randy has a dark past of Columbus cosplaying. Upon confronting Randy about his former (and as we come to learn, exponentially extensive) obsession with the man, his crusade turns from one of activism to one of shameful hypocrisy and internalized guilt.

His secret is exposed. From football games, to formal dinners, to even his wedding and (for some hilarious reason) on St. Patrick’s day, Randy has had an obsession with dressing like Columbus. It was back in the good old days of course (2013), when people were “stoked on the guy,” and times were much different and simpler. With the realization that his pictures can be found all over the internet, he of course assumes that he will be hunted down by the mob and outed as the hypocritical bigot that he is.

In timely fashion, an advertisement from DNA & Me comes down from the white guilt gods to save him. DNA & Me is a clever rip on ancestry.com, but doesn’t exactly focus on the discovery of one’s unique heritage or interesting family lineage. Its marketing is instead targeted at white people to validate their sense of societal victimhood. How can you claim to be against the oppressor if you yourself reflect his identity? Just take our test and they’ll be able to trace your bloodline back to any number of historically oppressed races! Randy Marsh is of course their perfect candidate. All he has to do is prove to all the haters (of which there are none that we can visibly see) that he’s part Native American and they can never call him a bigot for dressing like Columbus! “You mean there’s a way to remain ignorant, gain social points with my intolerable friends, and benefit from systemic forms of oppression?”

Logically, Randy pays a nameless Native American man to make out with him so that when he gets DNA swabbed in front of all his friends at the party he throws, then they’ll all be so amazed when his DNA reveals Native American ancestry. Pretty air tight, especially considering the intelligence level of everyone at that party. He’ll be a systemic victim in no time flat!

There’s a slight issue here. What Parker & Stone (and I may be going out on a limb here) are trying to illustrate, is how wrong it is to use nameless Native Americans as props in order to justify our own sense of self righteousness, or further some agenda. But in doing so, they…use a pretty offensive stereotype of a one-dimensional Native American man. His accent is thick and monotone, he’s decked out in feathers and brown leather…they didn’t exactly dig too deep for this character, to put it mildly. So is that the point?  Are they holding up a mirror to the way many white Americans see and treat their fellow Indigenous Americans? Or are they simply getting away with low-brow racist comedy because they present their intentions as noble? Are they depicting racism or endorsing racism? The ends may not justify the means when it comes reveling in offensive stereotypes…

Meanwhile, the boys unanimously call and threaten Peter Galtman, so he starts sniffing around Randy’s past, which leads to more hilariously misplaced panic. Randy searches the house to get rid of everything Columbus: towels, plates, salt & pepper shakers, coffee mugs, shot glasses, staff and orb sets…you know, all the standard Columbus paraphernalia you’d find in a typical white American household.

“Sharon, do you know what they’ll do to us if they find out how stoked we were on Columbus? They’re going to be coming after you too, Sharon, so you can just wipe that Indigenous look off your face!”

He argues with Sharon and won’t admit that maybe he was just a little bit too jazzed about the guy. Now, some people can gleefully dismiss him and other historical figures, even revile them for the atrocities they committed, but the important thing is to remember where the focus lies in the argument and what solutions and concessions, if any, can be made. Randy, in the span of this one episode, represents every extreme side imaginable in this type of situation. He went from blindly and foolishly obsessing over Columbus like a superhero fixation, to wanting to crucify anyone who dared to even live in a town named after him, to painting himself as a victim for social gain, and finally denying ever having anything to do with him. Quite an extensive character arc.

Randy’s plan to disassociate with Columbus blow up in his face of course. The man he paid to kiss shows up at his doorstep, since he has fallen for Randy. He sings him songs on his drums and brings him flowers and Randy, covered head to toe in Columbus gear pushes this Native American man off his ‘land’ (cringe) in anger. It’s all caught on video. Randy gets the results from his DNA test and it turns out he’s white. As expected. But also they found traces of Neanderthal in his blood, a species wiped out by early versions of homo sapiens…finally Randy is given his official membership card of oppression: “his people” were raped and eradicated.

Through all this madness, the kids, to be expected, are really just worried about getting their day off in October…

“In fourteen-hundred ninety-two Columbus got us a day off skeww.” —Cartman

In a last ditch effort to convince Peter to give them Columbus day off, they kidnap him and show him a video tape (he refuses to watch anything internet related because ‘everything is fake news’) of Randy’s racist incident.  Upon Randy’s return, the Native Man helps Randy see, through sheer miscommunication that Randy needs to stop hiding who he is. He is of course referring to being gay, but Randy takes that as meaning Indigenous, which Randy throughout the episode has taken to mean some synonym to annoyed, or hostile. Following along?

I learned something today…

Or at least, Randy thinks he did:

“You’re right. It’s only now when everyone is being so Indigenous to me that I realize how Indigenous I’ve been acting all along.”

His stupidity is legendary. But, Randy did learn that being a crusader against some cause that you know nothing about, in this case Columbus Day, can backfire on you. Likewise being perceived as a societal victim just to win arguments can create a really poisonous culture that distracts from real progress, and real systemic change for those that are not suffering in the abstract sense of minute social interactions.

Oh, and the boys got their holiday back too. It’s not dedicated to Columbus, or even Indigenous people for that matter. No, no, this is South Park, remember, where problems are only solved for surface, shallow reasons in order to keep living in denial. Randy’s new proposal is to ignorantly co-opt Indigenous People’s Day as a dedication to ripping on each other and tearing each other down in hopes that if everyone does it at one time, we won’t be so “Indigenous to one another for the rest of the year.”

Acknowledgement: South Park managed to sidestep an entire issue on Columbus Day/ Indigenous People’s Day by not including any honest take on Christopher Columbus from a Native American person’s perspective. I suppose that was moreover their point, that the characters in South Park will carelessly turn any issue on its head in order to make it about themselves, and while I did find this episode amusing for its attempt, I think they might be guilty of the very thing they are trying to condemn as far as “white people using particularly marginalized people as props”. Maybe they are okay with being hypocrites as long as their message comes across, but it’s important, I feel, to again acknowledge this hypocrisy in an otherwise enjoyable episode.

In this article:Featured, Indigenous representation, native american, randy marsh, south park
Up Next:

Tasya Teles on Echo’s Backstory and Future on The 100 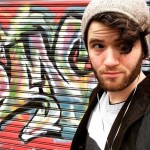 Colin spends his time either writing or being anxious that he should be writing right now and isn't. He's a huge Tolkien fan and he values a strong cup of tea. If you see him at a party, he's probably isolated himself after either quoting too much David Foster Wallace, or too harshly deconstructing someone's favorite film.