It’s funny, despite everything, I look back fondly over this series. Despite how I feel about the series’s beginning, I’m left with satisfaction at its ending. It’s like I just finished a very interesting seven course meal.

Lewis’s writing methods greatly improved as the series progressed. This is why I loved The Last Battle so much; it was miles ahead of The Lion, the Witch, and the Wardrobe, which is terrible in comparison. I was not impressed by TLtWatW (The Lion, the Witch, and the Wardrobe). The characters were imbalanced, the message of the story unclear, the writing was meh, the plot meandered here and there. It was a mess. By comparisan, TLB (The Last Battle) balances multiple characters expertly, the message of the story is crisp and clear, and remind me of ASoIaF (always a good sign), and the plot was an expertly crafted story coaster. I left TLtWatW bemused, I left TLB happy. Lewis excelled at improving his story structure and writing.

The series’ continuity is amazing. Every book has a reference or callback to other books. Some elements are foreshadowed, like father time, well before they are realized in the series. Rereading the series, knowing the ending, makes the one off references and moments all the more meaningful. Since Lewis’ writing became so good, it allows us to examine the themes he wove into Narnia. From Gender, Religion, Nature, and Growing Up, there is a lot to cover.

Gender in Narnia really evolved as the series continued. In the beginning we had Susan and Lucy stay within their gender roles, not quite offensive, but a bit “ehh…”. In the end we have Jill learning Archery in her spare time and joining the last battle. Remember my Sexist Claus joke, ’bout women only going into battle when its terrible?

Will it’s interesting how Lewis starts to change this by A Horse and His Boy. We have the armor wearing Aravis and Lucy battling the Calormen Army. Then there’s Jill, who’s like other girls but not like other girls. She’s so balanced. This also extends to Polly in The Magician’s Nephew, who is as an important protagonist as Diggory.

By the end of The Last Battle, gender hardly seams to play into the story at all(A lot of you are thinking about Susan, don’t worry, I’ll cover her in the Nature/Growing Up section. She gets her due.) By the end, Lewis has improved. He’s not quite third wave feminist, but considering the time he’s writing from, it’s a bit subversive. So I’ll give him credit for growing as a feminist. I’m happy to say Lewis really improved.

I probably should’ve mentioned this when I first began this, but I’m an atheist, and the closest I ever get to religion is when I occasionally browse the Buddhist subreddit. However, I was raised Christian, and my family hopped around various different churches across several different denominations. So the Christian allegory of the Chronicles of Narnia isn’t lost on me.

I was expecting to hate the religious allegories of the books because I thought they’d be as subtle as something like Bible Man. That was my bench mark. 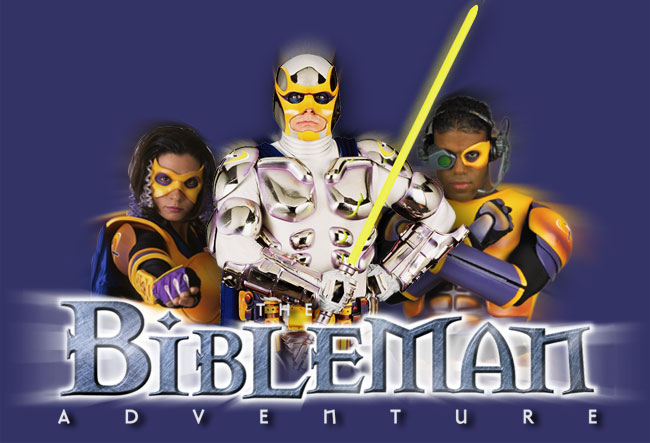 Since my expectations were so low, I’m elated to find that the books were subtler as I had expected. This meant I ended up viewing the books a lot more favorably for exceeding my expectations.

Religion in these novels is very unique. Calormen can end up serving Aslan without meaning to, and Narnians can serve Tash without meaning to. Aslan himself is sublime; beautiful and terrifying, cuddly and warm and cold and harsh. He is no Cinnamon Roll (that’s Lucy).

Lewis’s idea of god is obviously influenced by Christianity, even taking on masculine pronouns. It is interesting how Aslan isn’t limited to humanity. He is the God of a whole multiverse, filled with worlds different and similar to our own. It’s also unique that Aslan has a unique name in these worlds, from Aslan, to God, to dare I say, Jesus of our world. Aslan isn’t human centric, he’s universal. This is reflected in the general animals of Narnia. Aslan can be one of the beasts as well as one of the humans. It is so often said he isn’t a tame lion. Its seams to this even applies to human religion.

Nature and Growing Up

It is Notable how Lewis writes about how the natural and wild. Narnia is ultimately holy. This is in stark contrast to the modernization of our world. The clearest examples of this is from The Magician’s Nephew, when the Cabbie becomes king of Narnia. He feels so much fresher and alive in Narnia than he did in the city as a cab driver(even his horse agrees).

This is expanded to all things ‘modern’: school houses, political systems, and city planning. Changing the environment is perverse and unnatural. This relates to another idea: some of the things we do are silly. Someone who exemplifies this (and who I frankly should’ve talked about more) is Susan. Susan exemplifies this by ‘growing up’, and giving up on Narnia. Her society has no use for Fairy Tales, and so she gives them up. She has rejected Narnia, and doesn’t die with her family. (Neil Gaiman even wrote fanfic about this. Warning, it’s very graphic.) Yet this doesn’t come out of nowhere. Remember that even in Prince Caspian she showed reluctance to believing Lucy about Aslan. Susan has been ‘growing out’ of Narnia. In this sense Lewis shows Susan being silly in turning away from Narnia by trying to grow up and rejecting childhood. Initially he seems to look down on her growing up, but I think its more that she’s growing up by rejecting her childhood. Compare this to Diggory or Polly. They both are shown to have taken on responsibilities, but they never rejected their time in Narnia. The same can be said for Eustace, who grew up during his journeys in Narnia. Susan is used to showcase how not to grow up.

Unfortunately she is still not written well, she’s just more than an afterthought. Hell, I’ve written more about Susan than the final book. Poor Susan, even her dead parents don’t mention her. Another book about her maybe learning to be a kid again would’ve been a great book. Sadly since Lewis has passed Susan’s only recourse is fanfiction.

Would I recommend this series? I feel weird about this since I dislike the first published books, feel ‘meh’ about the middle books, and love the final books. A part of me would suggest just reading The Last Battle, but then it isn’t the Narnia series. What makes this series so good is its attention to continuity, its improvements, and most importantly the character’s relationships to each other and the reader. If I had just read just The Last Battle, I wouldn’t have like it as much as I did. All in all, the books are really short, and I enjoy having read them. If your interest was aroused by the gif caps or jokes I’ve made, it would be worth to at least give the series a shot.

The best way to end this would be a quote that I think summarizes the series perfectly; the foreward to the first book, The Lion, the Witch, and the Wardrobe, that Lewis wrote to his goddaughter Lucy (Lucy Pevensie’s namesake). She enjoyed the novels, even as an adult, and gave her peace in her battle with MS.

I wrote this story for you, but when I began it I had not realized that girls grow quicker than books. As a result you are already too old for fairy tales, and by the time it is printed and bound you will be older still. But some day you will be old enough to start reading fairy tales again. You can then take it down from some upper shelf, dust it, and tell me what you think of it. I shall probably be too deaf to hear, and too old to understand a word you say but I shall still be

Cover image by TaniaAV Pay her a visit. She’s got some nifty talent.

In this article:retrospective, Reread, Chronicles of Narnia

Sam Drops Out of School & Other Fairly Stupid Tales, Part 2

Happy New Year! What better way is there to ring in 2019 than to ring out the final Game of Thrones Season 7 retrospective...

Sam Drops Out of School & Other Fairly Stupid Tales, Part 1

Hi. Julie here. Your friendly neighborhood amalgamation of Kylie and Julia, who have slowly lost their sense of self during 7 seasons of the... Welcome back to the steaming, sizzling romance that has bound two plotlines together on Game of Thrones. That’s right, Julia and Kylie (“Julie”) have...