Our comics talk tends to center around big publishers, but it’s good to diversify our reading habits and see what smaller publishers and indie authors are up to. This can be a great way to discover different stories and new perspectives, and also to support creators developing content that we want to see more of.

The internet is a great medium for those stories to blossom and reach a wider audience, so it’s not surprising that Little Guardians started in 2010 as a black and white webcomic. Written by Ed Cho and illustrated by Lee Cherolis, the story is now available for the first time in a full-color comic book. Published by Scout Comics, the first six issues (00-05) are collected in Book 1: Trial by Spirit Fire.

So let’s have a look at it.

Demon spirits, baby swapping, and the fall of patriarchy

Spoiling as little as I can, Little Guardians tells the story of two children switched at birth. In a world where spirits wander among people, guardians are individuals that use special powers and the aid of their spirit animals to protect their villages from harm. The honor and duty of being a guardian is passed from father to son, but what if a guardian has a daughter instead? That’s what happens to Tane, guardian of Yowza village: his rightful heir is the baby girl Sumira. But nobody ever heard of a girl guardian, so to protect the patriarchy Doctor Marburger switches her with the baby boy Idem, born that same night.

Twelve years later, both kids are unknowingly living each other’s lives. Sumira works at her family’s item shop and Idem trains to be the next guardian of Yowza. Neither of them is particularly happy with the life they’re living, feeling they have no say in their own destinies. That situation is about to change with the arrival of the mysterious Soma, a woman with the powers of a guardian, and news of an evil cult gathering power and followers not too far away.

It’s hard to judge a story that isn’t over (well, that hasn’t stopped me before) and Trial by Spirit Fire still feels very introductory to the world of Little Guardians. Still, there’s a lot to unpack in this first book.

With the recent trend of dark and gritty fantasy stories (thanks a lot, Game of Thrones), it’s refreshing to find a story that isn’t afraid to be positive and fun. Little Guardians is a lighthearted fantasy adventure, but one that also allows its characters room for mistakes, doubts, secrets, anger, or fears. The humor is very subtle but contributes to the overall uplifting tone of the book.

The beginning may feel slow, as it takes a while to grasp where the story is going or for the characters to start feeling more real. In that sense, Little Guardians benefits from the trade format, because the story evolves a lot during those six issues and perhaps one isolated issue wouldn’t do the story justice. Over the course of Trial by Spirit Fire, we see the mythology thickening, the characters developing and interacting with each other, and get a better sense of plot and themes.

It may sound contradictory with the idea of a slow beginning, but the story has a great pace. The narrative flows well, and it’s easy to read the entire volume in one go. Keeping the reader interested is always a challenge, but after each chapter, I wanted to see what would happen next.

Little Guardians draws a lot from classic fantasy tropes, with some of them working better than others. Even after reading Trial by Spirit Fire I don’t know what to think of the evil cult that our heroes are facing because we still know so little about it.

The setting reminds me a bit of Dungeons & Dragons, with the mythology of the guardians being the most unique and interesting aspect of the worldbuilding. The absence of female guardians seems statistically unlikely, but the presence of Soma hints us that Sumira may not be an exception.

I have to confess I’m not a big fan of “patriarchy as default” in speculative fiction—in other words, fictional settings that are patriarchal for no apparent reason, giving this impression that patriarchy is some sort of “default” state in human societies. Of course, I don’t think the authors wanted to imply that, but it’s a common trope in fantasy and we should question its presence. To borrow a page from Gretchen’s book, when you deal with fictional worlds, any oppression you include in your story is there by choice. It’s not necessarily a bad choice, mind you, but stories don’t need oppressive settings to have meaningful takeaways for oppressed groups.

That observation aside, a patriarchal setting makes sense for the particular story the creators wanted to tell, especially for Sumira’s arc, and the takeaway from that story is still feminist. The narrative continually questions the limited roles of women and girls in this society, while also providing interesting female characters with meaningful interactions between them.

This shouldn’t be a surprise, but my favorite characters in Little Guardians are the ladies. Even minor characters like Hazeldella made the book more enjoyable and relatable for me.

Soma is probably my favorite of the bunch, a badass warrior that is also sweet and kind. Fiction often forgets women can be all of those things and more, and it would be very easy for her to fall on the Strong Female Character™ trope. Fortunately, it doesn’t happen, and she feels very human and fleshed out even if she shows up later in the story.

Soma’s relationship with Sumira is one of the highlights of the book for me. I’m a sucker for positive lady interactions, and it’s delightful to see a female character assuming the role of mentor to another. Soma is the mentor Sumira needs because she’s the only one that doesn’t underestimate her for being a girl, quite the contrary.

Sumira’s arc towards empowerment and reclamation of her rights is among Little Guardians‘ biggest potentials and most positive takeaways. She and Idem work nicely as foils to each other, and at the same time, the book avoids creating a competition because both are good kids that the reader can root for. I’m curious to see how the story will handle the baby switch; assuming that Sumira and Idem would be instantly happy once their “real” places are revealed would only reaffirm the idea of a determined destiny that Little Guardians so far tried to avoid. In that sense, it’s good to see that Idem still tries to fight despite his obvious difficulties with his guardian powers.

Just like Sumira and Idem, Soma and Tane are also foils in their approach to duty, tradition, and the role of guardian. Tane is an interesting character because he represents a flawed tradition and his values are clearly outdated, especially when contrasted with Soma’s, but he has good intentions and tries his best to perform his role as the guardian of Yowza. We see a good character that means well, but it’s part of the reason why that society is unfair. That’s a very interesting critique, and I think the story recognizes it. The characters are one of the main reasons why the comic works so well because you want to follow their adventures and see what happens with them.

That said, I feel the comic could use more diversity in its main cast, especially when it comes to characters of color and LGBT+ characters. Since the story is just starting, there’s still an opportunity for that.

One of the fascinating particularities of comic books as a medium is how you need to rely on visual storytelling. The relatively short amount of pages per issue limits your use of the written word, elevating the importance of the artwork. Unlike animation, that artwork is static, meaning it has fewer frames to convey information. So comics thrive on economic storytelling, and the art is in great part responsible for that.

The art of Little Guardians slowly grew on me. It’s unique and almost minimalist, a style that may not please everybody, but that works well for this particular story. There’s a great domain of different shapes, with each character having their own distinct design: The characters are very expressive, which is crucial to achieving that economic storytelling I mentioned. Expressions and gestures convey a lot of the visual humor of the story, as well as the characters’ personalities and feelings. Can we take a special paragraph to appreciate how much the art doesn’t sexualize female characters in Little Guardians? That applies to the narrative as well, but comic book art that objectifies women is an old pet peeve of mine, and it’s terribly common to find. It would be easy to fall victim on that with characters like Soma, but both in art and story Little Guardians allows its female characters to be people.

Trial by Spirit Fire introduces us to the main characters and the compelling world of the guardians, teasing us plot developments and conflicts to come, but leaves us full of possibilities. I’m curious to see how the story and characters will develop from here.

People of all ages and genders can enjoy the story, but I’d argue Sumira’s arc is even more appealing to young girls. Fans of fantasy and adventure, in general, will find in Little Guardians an engaging story, especially if they’re also tired of grimdark fantasy.

*Copy was provided to The Fandomentals for this review.

All images courtesy of Scout Comics

Use Scan QR Code to copy link and share it
In this article:comic review, Featured, Little Guardians, scout comics 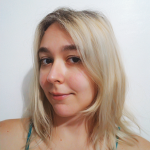 Priscilla is a Brazilian writer, art student, psychologist, feminist and fangirl. Sometimes too passionate about stuff.