Legends of Tomorrow puts our heroes on a trip to save a founding father from Evil Rip Hunter, putting Sara’s life in danger, and solidifying Jax’s essential role in the team as leader.

After a timely comical introductory narration by Mick, we jump in New Jersey, 1776’s Christmas Day. After the turned evil Rip killed General Washington, he becomes the leader of the British soldiers and awards day with modern rifles to tip the scale on their favor against the revolution. Eobard Thawne pops in and tells Rip that killing the General would serve as bait for the Legends so they could steal their piece of the Spear of Destine. Thawne orders Rip to kill the Legends whenever they appeared and he seems fine with it, completely detached from his former team and from the old haircut.

At the Waveriders, Ray complains about a rat roaming the vents while Amaya and Nate have a moment making breakfast to which the audience is supposed to react with a screaming “god, just bang already.” I’m okay with this. Their moment is ruined by a Time Quake shaking the entire ship. They realize it’s about George Washington dying which would prevent the creation of the United States. Sara realizes it’s a trap, but they don’t have any choice but to go anyway.

They land on a Christmas Eve party at Washington’s house. Sara is able to spot GW and tries to get him to safety, but the British invade the house while Rip releases an EMP taking the power away from the Waverider and Ray’s suit, keeping him tiny. Sara and Mick are able to take GW outside, but they are intercepted by Rip, who shoots Sara in the stomach and leaves her to die in the snow while taking Mick and the General.

Jax brings Sara aboard the ship, but due to the EMP, Gideon is not working providing no medical assistance whatsoever. Sara tells Jax that He’s The Captain Now ™. He is reluctant and self doubting at first, but takes charge and is actually quite efficient.

Amaya and Nate are sent to look for Mick and GW. We get some backstory about Amaya and her life during the 1930s. Nate gives her the cliff notes on the Sexual Revolution and modern day dating: women have sex for fun, we all use Tinder, and it’s very chill.

Amaya: I was never able to finish the Wizard of Oz, though. Hitler invaded Poland and the JSA had to ship out to Europe.

At the Waverider, Martin says that they can’t wait any longer to remove the bullet from Sara, but are interrupted by Rip, who is trying to break in the ship. 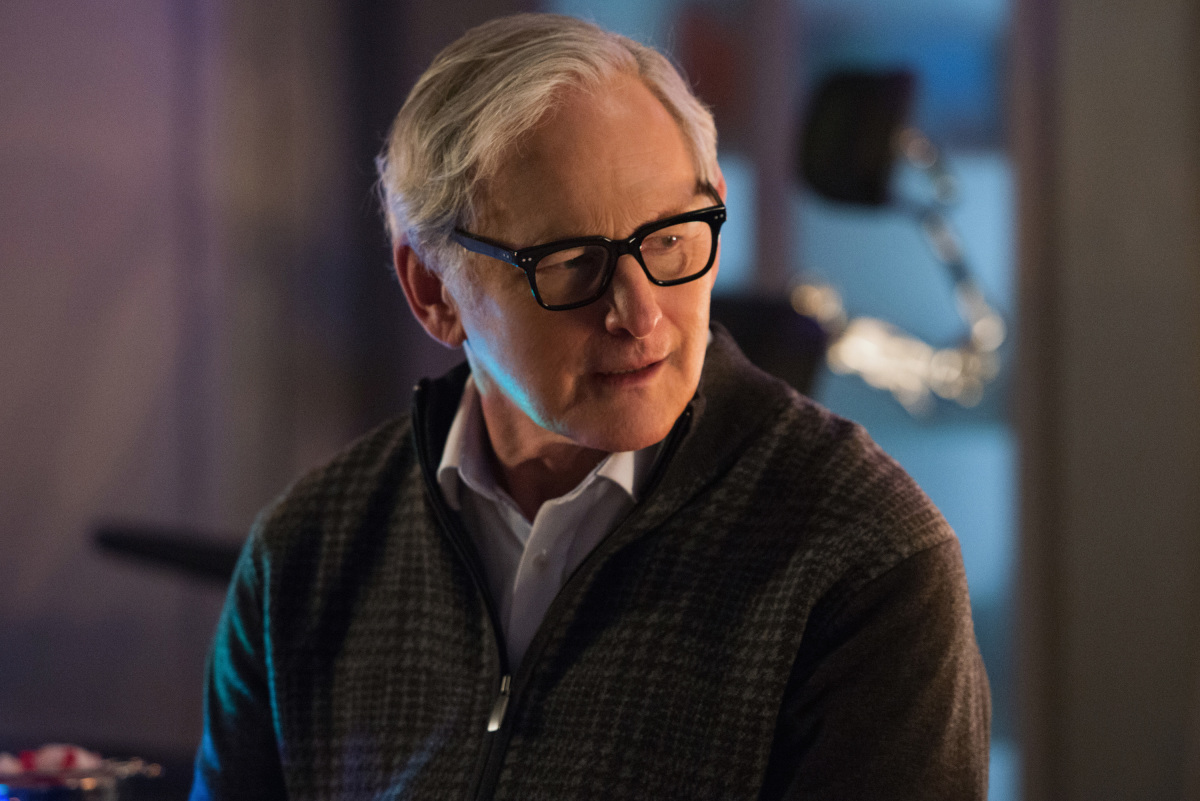 Some soldiers attack Amaya and Nate. They manage to push Nate into a river, but Amaya channels seal’s powers and rescue him. As he is suffering from hypothermia and talking nonsense, she takes their clothes so her body heat can save him. Nate confesses his crush, the sexual tension is hitting the sky, and the kiss finally happens leading to much, much more.

Rip is able to break in the ship along with the soldiers who are taken out by Jax’s timely traps as he tries to keep them away from Martin operating on Sara. Ray enters the vents in order to reboot the spaceships, but is chased around by Checkov’s rat (it is just as absurd as you can imagine, but still highly enjoyable).

The British soldiers decide to hang Mick and George the next day. As Washington is resigned to die, Mick gives his best “We are American, we play dirty, and we don’t give up” speech, reigniting George’s will to fight back. It’s actually quite cute because those two sort of form a real friendship bond. 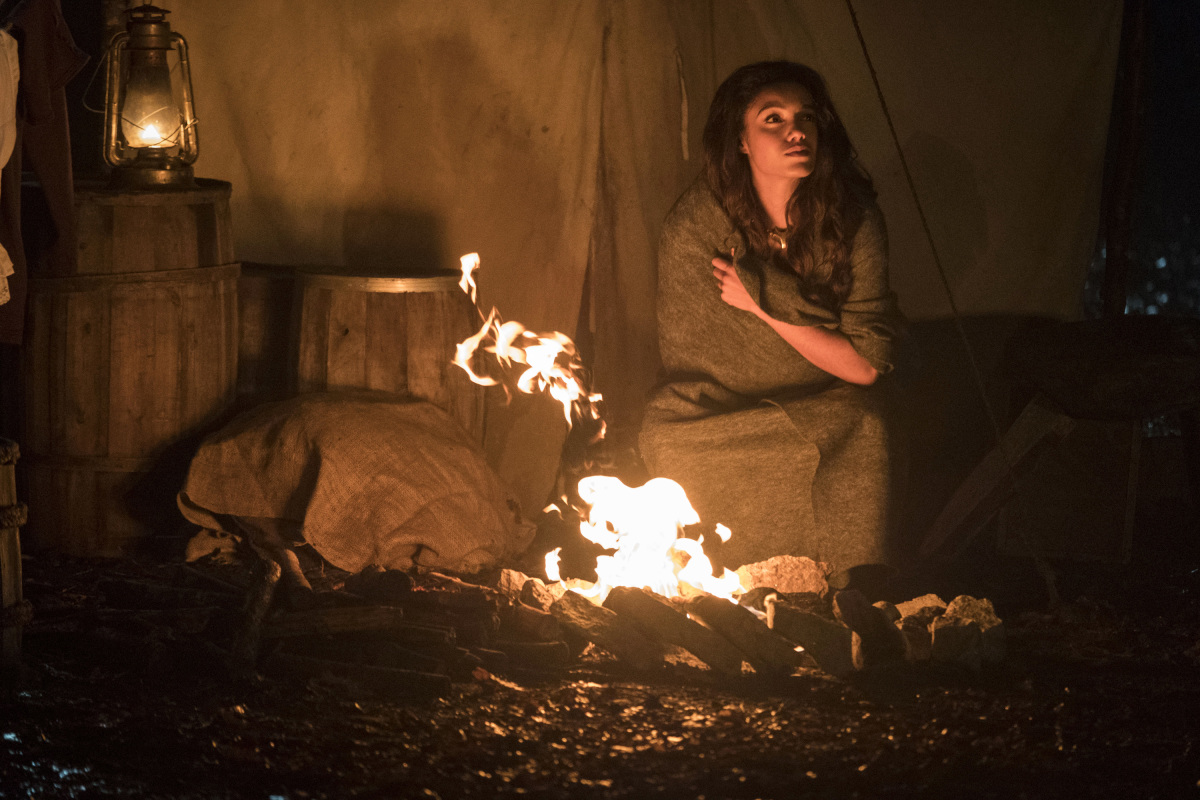 Amaya wakes Nate up as she realizes that they have completely forgotten about their rescue mission to bang. Rip attacks Jax and bribes him with the possibility of rewriting his father’s death, but Jax refuses.

Rip finds Sara, now with the bullet removed. He starts choking her, but Jax arrives and begs for her life. He tells Rip where the spear is located so he could let go of Sara, but it fails: Rip breaks her neck. Jax is left crying over Sara’s body while Rip finds the piece of the Spear inside a telescope. As the friend-turned-foe leaves the ship successfully, Jax goes after him, gun in hand and with revenge in his eyes.

Ray turns the power back on the ship and Gideon says there’s hope for Sara because she been killed just moments before. Mick and GW start fighting back against the British army when Amaya and Nate arrive to provide some help.

Jax finds Rip, but is unable to pull the trigger no matter how much Rip taunts him. He realizes that their friend really is gone leaving only a villainous brainwashed version that is serving as a pawn for Thawne. Sara arrives and sees that Jax is trying to force himself to kill Rip. She asks him not to because it’s Christmas and she doesn’t want Jax to “lose his soul” over him. Jax lowers the weapon, leaving Rip alive and with the Spear.

Back at the ship, everything seems fine for a moment. George Washington is back on track to form the US and a statue of Mick has *mysteriously* popped up somewhere. As Amaya tells Nate that what they had was just fun to keep up with the modern day idea of dating and asks him if that’s what he wanted, Nate assures her that she is right even as every fiber of his being is visibly screaming “I LOVE YOU”. It’s actually quite painful to watch, but as they are having a little Christmas party, Sara gives a nice speech about the power of their own small family of Legends.