Guardians of the Galaxy: Thanks, That Was Fun But if you ask someone who saw a Summer Blockbuster what it was about, press them on some detail, or try to discuss some feature of it, they will mostly say, “Huh, I really don’t recall. But I enjoyed it. I remember that.”

Because these movies are, let’s face it, mostly meaningless. And that’s rather by design. It’s a very rare tent-pole movie indeed that actually manages to be about something. (Hello, Star Wars!) And that makes sense too. When you have a movie that can make $300 million and still be considered a flop, it’s hard to blame people for not wanting to alienate any potential audience.

So, if your goal is to have a good looking movie that will entertain you for two hours, but be ultimately meaningless, it’s hard to do better than Guardians of the Galaxy. Let’s start with the visuals: they were impressive. You can really see the money on the screen. They managed to create a world that was dynamic, weird, but also lived-in and understandable.

There were two major characters that were entirely computer generated, and god only knows how many minor ones. But I guess we’ve come a long way since Jar Jar Binks, because these characters interacted with the live actors and the environment in a way that didn’t constantly break my suspension of disbelief.

I will also say nice things about the city of Xandar, or whatever it’s called. It was pretty, and improbably clean the way many futuristic [sic] cities are, but it was also believable. Albeit in a rather odd way. We really know nothing about this place, but there is a lot we can infer, just by how it looks. It seems like a prosperous place where the government is concerned with making peace treaties. The people seem nice. They run small businesses, like to shop, and have interracial marriages and good hearted, yet comically bumbling, law enforcement officers. They’re just good, hard-working, pluralist folks. When the bad guys show up to kill them all with their doomsday macguffin, we can root for the Novans, and want our heroes to save them, because we identify with them so much.

And the narrative barely had to work for this. Clever.

The action sequences are well done. But, to be honest, I think the general caliber of action sequences is so high these days that we only even notice them if they bad. It was incredible, and took literal tens of thousands of man-hours. Or, as we say these days, “the action was cool, I guess.”

I liked the net made out of fighters thing. 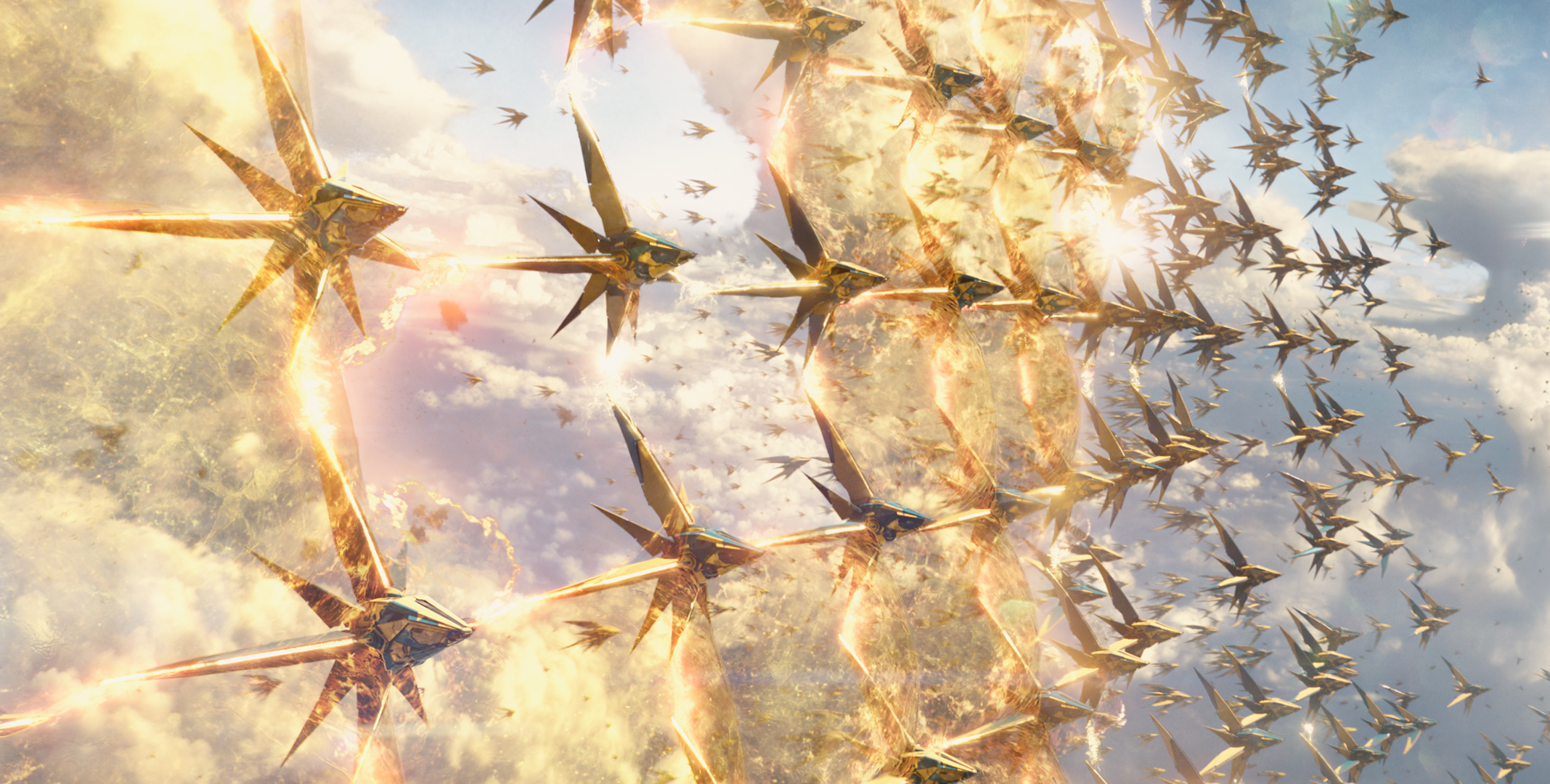 And then there are the characters. They are perfectly passable too.

As far as the protagonist is concerned, how successful he is depends entirely on whether you find Chris Pratt’s performance as a tough yet emotionally vulnerable rogue who’s been spouting pop references for thirty years, despite the fact that no one understands them, charming or not.

I guess I find it moderately charming. Just like I find the humour moderately funny. The jokes aren’t groan-worthy, but they also won’t make me laugh years later when I spontaneously think of them on the subway. They were good enough to get a slight chuckle out of me at the time, but now I can’t remember any of them. Something about Kevin Bacon.

Though I will say, the young actor who played the child version of Peter Quill broke my heart in the opening sequence. I did get a little bit of tone whiplash with the rest of the movie, but great job, kid 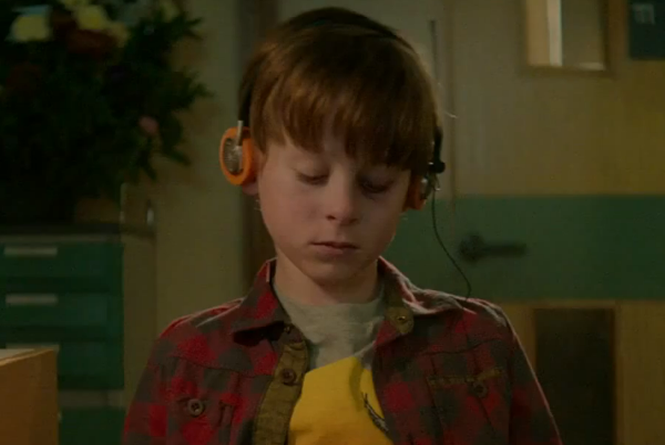 That’s not to say that Chris Pratt did a bad job. Notwithstanding the MCU’s weird obsession with identical looking hot dudes named Chris playing the lead in their movies, he did fine.

All the actors did fine. As well as any skilled and experienced actor possibly could with characters that are also… fine.

Rocket the Rude Raccoon was probably the most interesting, I’m a big fan of Bradley Cooper’s voice acting performance. But, while the character tired to have layers, like an ogre, the execution was hardly nuanced. Like, he got drunk in a bar and had a breakdown and was all “I never asked to be MADE.” Subtle?

Then there is Zoe Saldana as Gamora. This is a character that is also a bit shallow. She’s a badass Action Girl with a vaguely tragic past. Again, it serves it purpose perfectly well, but she is no Brienne of Tarth (not to be confused with Brienne the Brute).

I can’t real say anything even vaguely nice about her “sister” Nebula. But that was not any problem with Karen Gillian’s performance; she’s just a completely generic female sub-boss. And she’s jealous that daddy loves her sister more. How thrilling.

The main boss and the other guy, I honestly can’t remember a single thing about. One of them was in the mid-credit sequence at the end of Age of Ultron. It had something to do with the whole Infinity Stones thing. Which is super important to the MCU as a whole, I imagine.

As for this movie’s place in the Marvel Cinematic Universe, it certainly does open up the universe and make it much, much bigger. I was initially a little confused because I’d assumed “The Nine Realms” meant nine planets with nine species, but it’s fine now. They’re dimensions or something, and there are thousands and millions of planets.

And these people know about Earth and occasionally kidnap children. And maybe there are humans in this larger community. Or just aliens who look exactly like humans? I’m willing to accept either one.

But this does nothing to mitigate my biggest problem with considering all these movies as one giant series: all these disparate elements don’t really belong together. Gods know they’re trying with the Infinity Stone stuff, but this is the same place where Thor drinks mead out of a horn, and Peggy Carter is fighting the patriarchy/Nazis.

I’m afraid that I made this sound like a bad movie. It’s not; it’s a perfectly adequate movie. I enjoyed it. I would call it a beige movie, but the visual effects elevate it. However, I can’t help being a little bit sad that some much obvious skill and care went into telling a story that is, ultimately, meaningless. It’s just a way for all those skilled computer programmers and makeup artists to make a pay cheque.

Whatever, we all know we’ll go see the sequel.