Wow, I’ve been working my way through the MCU since January and now, I am officially caught up.

This movie just came out a couple of month ago. In fact, it’s so recent that our contributor Barbara already did a review of it.

I haven’t read that review, or any other, because I know how important it is to you guys to hear my pure, uninfluenced opinion. Hopefully, it won’t be too repetitive.

Almost my first thought after finishing this movie, and I’m sure it wasn’t a unique thought, was “Why the hell is this not an Avengers movie?” I mean, sure, Steve Rogers was a focus, but he was hardly the only one, this movie wasn’t about him very specifically.

I’ve heard some stuff about how it was all because Robert Downey, Jr. wouldn’t be in a movie in anything less than a starring role. And fine, that’s a decent reason to have written the script they did. But then why not make it an Avengers movie? This was clearly an Avengers movie in everything but name. It was about the Avengers and their internal issues, for seven’s sake. The only thing I can think of is that they thought the Captain America name might impart its magical mojo and make this movie decent.

And it worked, I guess. This movie is decent. I enjoyed it.

One thing it does have in common with the other Cap movies is that it actually manages to find that tone where its funny, but not stupid. This is a rather subjective thing, I realize, but for me, I got the impression that I was actually laughing when I was supposed to be.

This includes the new (now being rebooted for the, what, third time?) character Peter Parker/Spider-Man. The line between him being charmingly green and fucking annoying is thin and hard to see, but I think they mostly managed to stay on the right side of it. And this is the first time a teenaged Spider-Man seemed to actually act like a teenager, so that was nice.

Another character who was featured quite a bit was Wanda Maximoff/Scarlet Witch. She has an arc where she tries to deal with the negative consequences of her positive intentions. And that’s a kind of microcosm for the whole plot of the movie. Elizabeth Olsen is great, but this wasn’t exactly a challenging role for her.

A second thing that elevated this movie somewhat was probably more of a consequence of the fact that over-powered people were fighting each other, but the fight scenes actually felt like they had stakes. People were in danger of really getting hurt, and I can’t remember another time in these movie where I had that fear. Like, Rhodey was hurt. Seriously and permanently. I didn’t expect that. 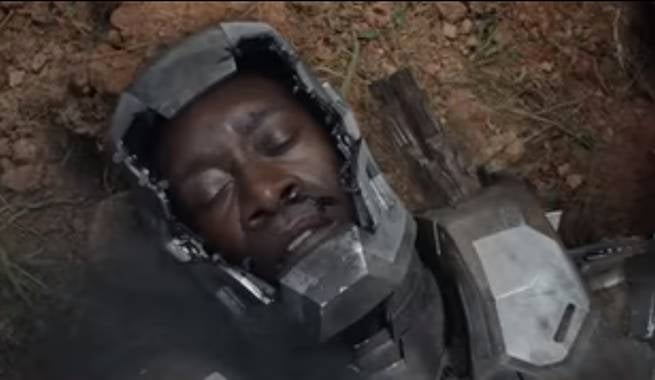 The thing that screamed Avengers movie to me the most was all the tie-ins to set up other movies. The two most obvious were Spider-Man (third time’s the charm!) and T’challa/Black Panther.

Ant-Man was there too, I guess. He added so much.

Anyway, Black Panther. I’m shaking in my boots as I write this, because I know how hugely popular this character is in the fandom just from having a tumblr dash but… the character is fine.

Wakanda is Generic African Country™ the same way Sokovia was Generic Eastern European Country™ and, I’m sorry, but that rubs me the wrong way. And also reminds me of Genovia from The Princess Diaries II. I know both are from the comics, but it’s not like the MCU has been slavishly devoted to the comics thus far. And why is it that New York and London (and Vienna now too) get to exist, but when you’re dealing with those secretive Eastern Europeans or exotic Africans, you have to make up a country and make it super secretive/exotic.

And Wakanda confuses me. It was a Wakandan city that was trashed by the Hulk in the last movie right? Remember, it was obviously Johannesburg and I was pissed? But now Wakanda is a mysterious and isolated country that’s also super high-tech? Was I not paying attention, or did they back pedal on the world building?

Maybe the Black Panther movie will be awesome and all my unease will prove to be unjustified. I kind of hope so.

And then, there is the plot. Oh boy.

I’m not sure it makes any kind of sense at all?

Lily from First Contact makes Tony Stark feel guilty about the stuff that went down in Age of Ultron, so he decides that the Avengers should place themselves under the control of a UN panel. Steve Rogers thinks this is a bad idea because… he read the script, I think. No, it’s because he doesn’t trust the government all of a sudden. (When did this happen?)

So the teams form. Rhodey and Sam/Falcon stick with their BFFs, Romanoff sides with Stark because, logic. She says that being regulated is inevitable, so let’s do it voluntarily now. Which, good point. And the others are assigned randomly based on who asks them, as far as I can tell.

The set up for this is a little contrived, in my opinion. I mean, it’s reasonable that the Avengers would feel guilty about collateral damage, and it’s reasonable that the public would unreasonably blame them, but like… are they saying that no Avengers would be better? I’m quite sure more people would have died in New York if they weren’t there to fight the Chitauri. And the thing with the city floating would have been even worse if they hadn’t helped the evacuation. The Avengers didn’t cause any of that stuff, they just reacted to it. So why aren’t they defending themselves and their record? Cap is all “we makes mistakes, but we do better than the government would.” Um, what mistakes exactly? Even the incident in the movie, where Wanda accidentally lets a suicide bomber kill eleven people — she used her magic powers to stop him exploding in a crowded city street. A lot more than eleven people would have died if she hadn’t acted.

And if they hadn’t been in Lagos at all, the evil dudes would have gotten a bio weapon. It’s not like the UN was trying to stop them and the Avengers got in the way, so that doesn’t work either.

Is Tony’s argument supposed to be weak so we’ll be on Cap’s side?

But his argument isn’t any better.

And I’m still not entirely sure why Cap felt the need to go rogue at all.

Bucky is being framed for the bombing in Vienna and has intel about five other Winter Soldiers. And Steve and Sam decide they can’t go to the new UN panel with this, despite the fact that they have evidence, because….

I just wish these accords and the UN panel was explained in any way too. Like, maybe if I’d been shown that it was filled with shortsighted idiots I’d have a reason to agree with Steve or something. But the control they seem to want to have over the Avengers seems…. Justifiable and reasonable. 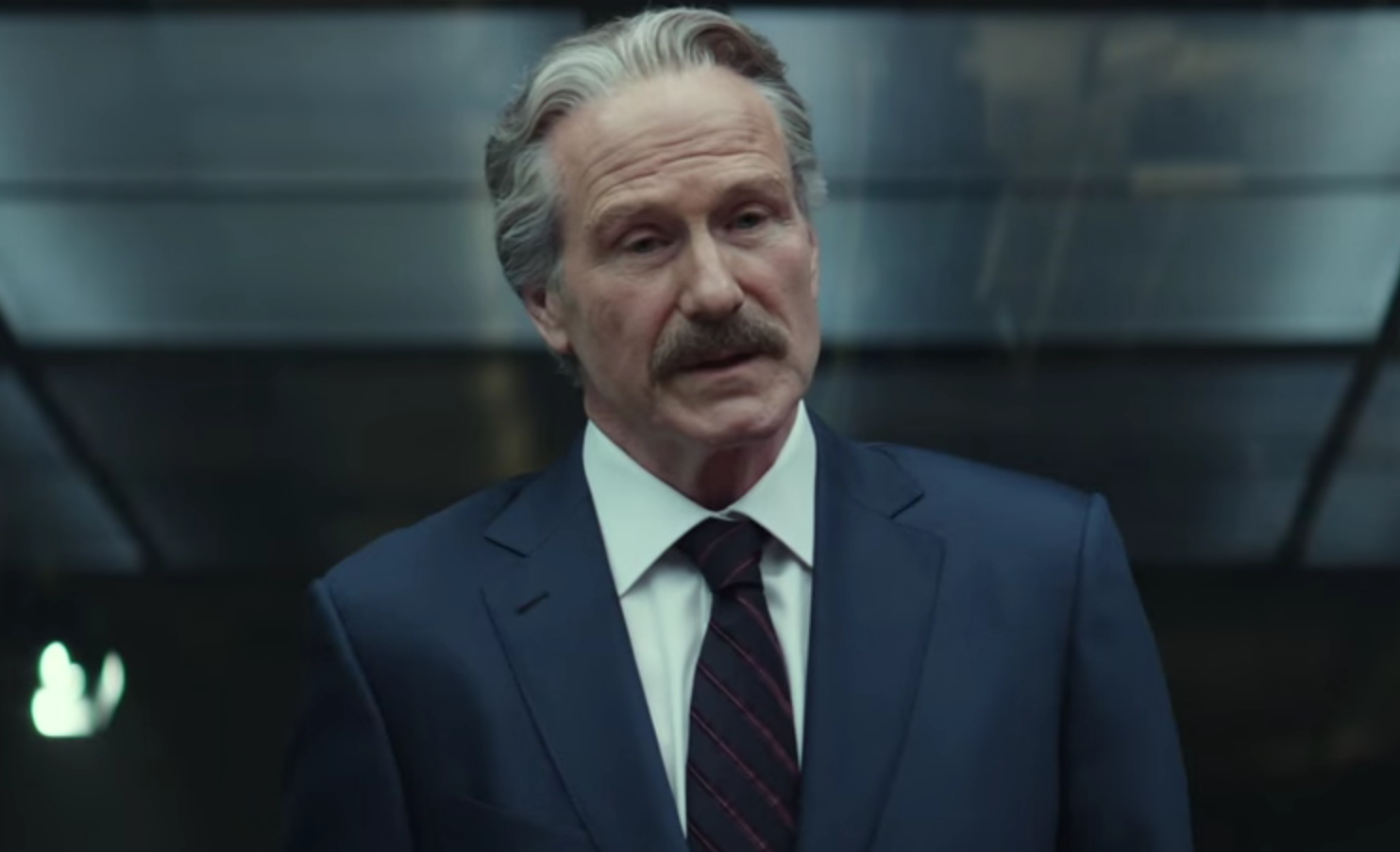 Steve’s relationship with Bucky continues to be one of the best parts of the franchise, and they were clearly trying to replicate that dynamic with Tony and Rhodey. With results that didn’t at all offend me. It was good. If there is anything in the universe Steve Rogers will go rogue for, it is Bucky Barnes. Less effective is Tony and his grief over his parents’ deaths.

I think this was an inevitable consequence of making Tony the co-protagonist of the movie. They had to give him an arc and shit to deal with. And Gwyneth Paltrow was too busy peddling bullshit to middle-aged housewives, so it couldn’t be about Pepper.

So they landed on Tony finding out that a brain-washed Bucky killed his parents and then rage-wailing on him? Okay. I guess that was seeded. I mean, it didn’t come out of nowhere, but it was hardly Steve and Bucky. On the other hand, I’m very glad that this movie remembered that Iron Man 3 happened and Tony had character development. It also remembered the truth bomb Natasha dropped in Winter Soilder. It makes me dislike Age of Ultron even more, though.

And Steve and Tony are in conflict, right? But it doesn’t exactly feel like that. The one scene where it comes to violence has everyone pulling their punches, and they still have each other’s cell phone numbers at the end of it.

But maybe Captain America: Minor Difference of Opinion didn’t do well with the focus groups.

I’ll be wrapping up this project next week with my thought on the MCU as a whole. See you then.

As seen in a series of teasers today, Spider-Man’s life has been plagued by Goblins for almost 60 years. And this February, a brand-new...

Dan ArndtNovember 11, 2021
We use cookies on our website to give you the most relevant experience by remembering your preferences and repeat visits. By clicking “Accept”, you consent to the use of ALL the cookies.
Do not sell my personal information.
Cookie SettingsAccept
Manage consent