Arrow decides to step back from its main storyline in order to shed some light on its less-interesting side plot. Therefore, in this incredibly fillery episode, the team goes to Russia to deal with the old military guy, Walker, that has been making Diggle’s life hard for *some* reason. 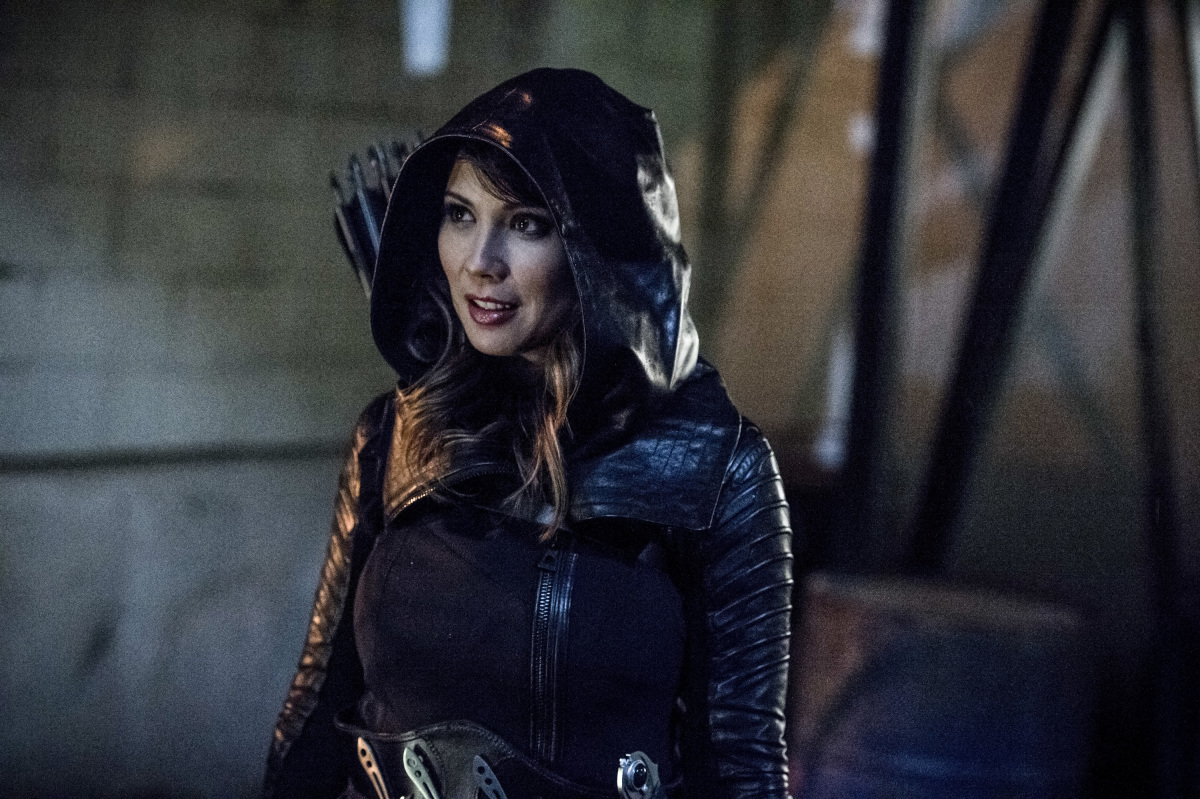 We start right away with a flashback from five years before: Talia and the newly self-resolved Arrow break into some low level drug dealers’ meeting so Oliver can get some target practice. This whole episode shows how dissonant the past and the present are given how Oliver used to kill criminals extremely easy back then, but is on the moral high ground now.

In the present, Mayor Oliver Queen is attending to his duties while Thea is conspicuously away (has Willa Holland left the show?). His girlfriend, the journalist Susan Williams interrupts him to get five minutes alone, but the couple receives a visit from former detective Quentin Lance, fresh out of rehab. He says he is doing better and asks Mrs. Williams for an interview so he can prove it and return to his job at the Anti Crime Unit.

Oliver gets news that the Walker guy has fled to Russia with a nuke and plan to sell it to Markovian terrorists, so they pack up and make the trip, leaving Renee behind to help Quentin prepare for the interview.

As they arrive in Russian lands, Oliver is eager to meet his current/former Bratva brother, Anatoly, in hopes of him helping out to track Walker. Ollie opens his arms for a hug, but is greeted with a punch: Anatoly holds a grudge for one thing that happened over season two when Oliver sort of betrayed Bratva values and says he will not help his mission.

Team Arrow convinced Ollie to try to make peace with Anatoly, who agrees to listen to Oliver for the former owes the latter a favor. As the situation is explained, Anatoly says he will only help Oliver if he does something for him (the old Bratva Give and Take) to which Ollie refuses because “that part of [his] life is over” and the favor would most likely have him act as an errand-thug. 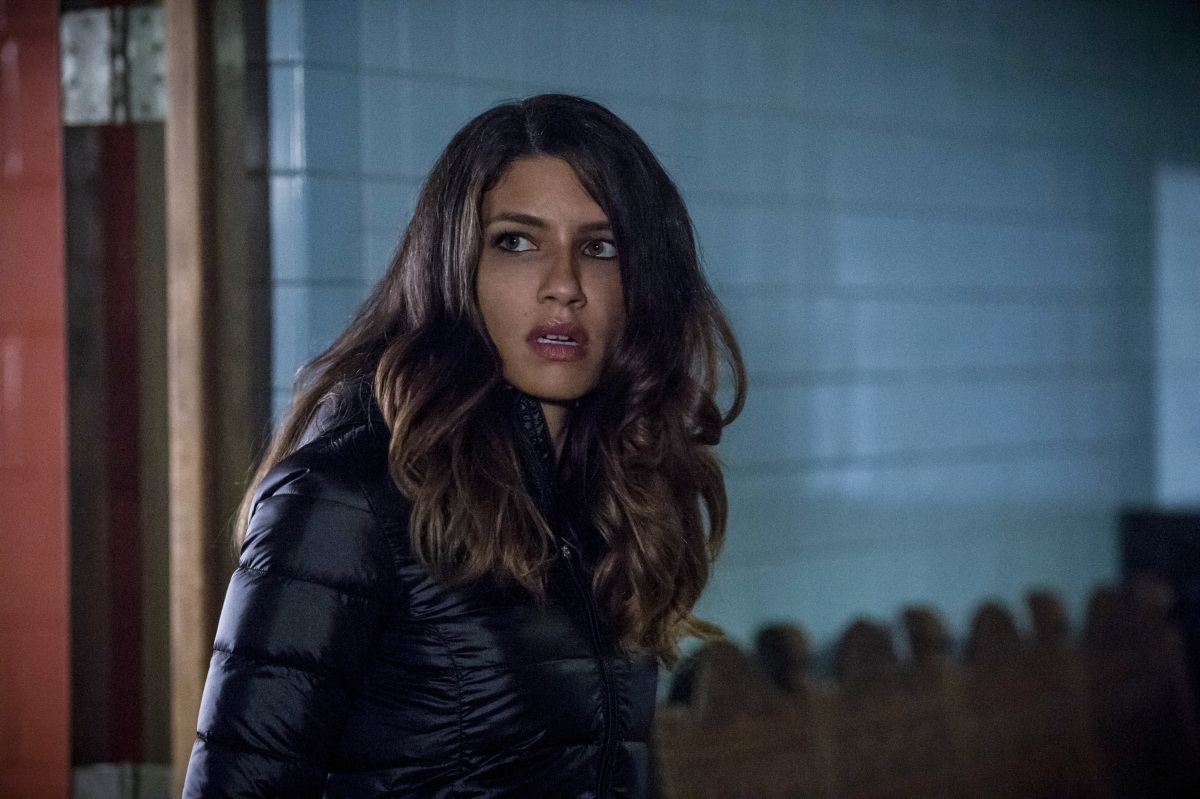 Felicity is not having a lot of success tracking Walker, but a tip from Dinah Drake about military men being creature of habit and help from the Dirt Flash Drive she receive last episode proves fruitful. She decides to take it upon herself and dresses up as a Bratva person using Curtis and Rory as bodyguards, meeting someone who knows Walker at a diner. Felicity blackmails the person with information she got from the flash drive into telling her where Walker may be.

Oliver, John, and Dinah go to Walker’s alleged location, but are made, leading to both sides firing weapons. Team Arrow is able to subdue the criminals, but Walker escapes. They take one of the shooters back to their safe house in order to get information. Ollie tries out a more fear inducing technique to which John does not agree with as he wants to use force.

Felicity tells Rory about the flash drive and he responds to it very negatively, saying she shouldn’t be using this kind of information to blackmail people. They are interrupted, however, as Diggle lost his patience and decided to take action on his own by torturing the Russian guy, but it doesn’t work, only leaving the criminal unconscious again. Oliver realizes he has no choice now as time is of the essence and decides to take Anatoly’s deal.

Disguised, Oliver and Dinah break in a store and terrorize a person, breaking his fingers, as it was ordered of him by the Bratva. He has a heart to heart with Dinah—who is proving herself to be quite the addition to the team—-about how one’s past is important, but shouldn’t serve as an anchor to one’s future, inspiring him to try moving past his anger issues.

When the Bratva do come through with Walker’s location, the team moves to intercept the nuke trade. However, it proves to be a fake out as the nuke is actually at a hangar. John finds Walker and stops himself from committing murder to see him on trial. Felicity takes upon herself to try stopping it from going off, but fails. Rory says his rags have survived Havenrock, so they might make it again. He covers the nuke just in with the clothes which proves to be successful. 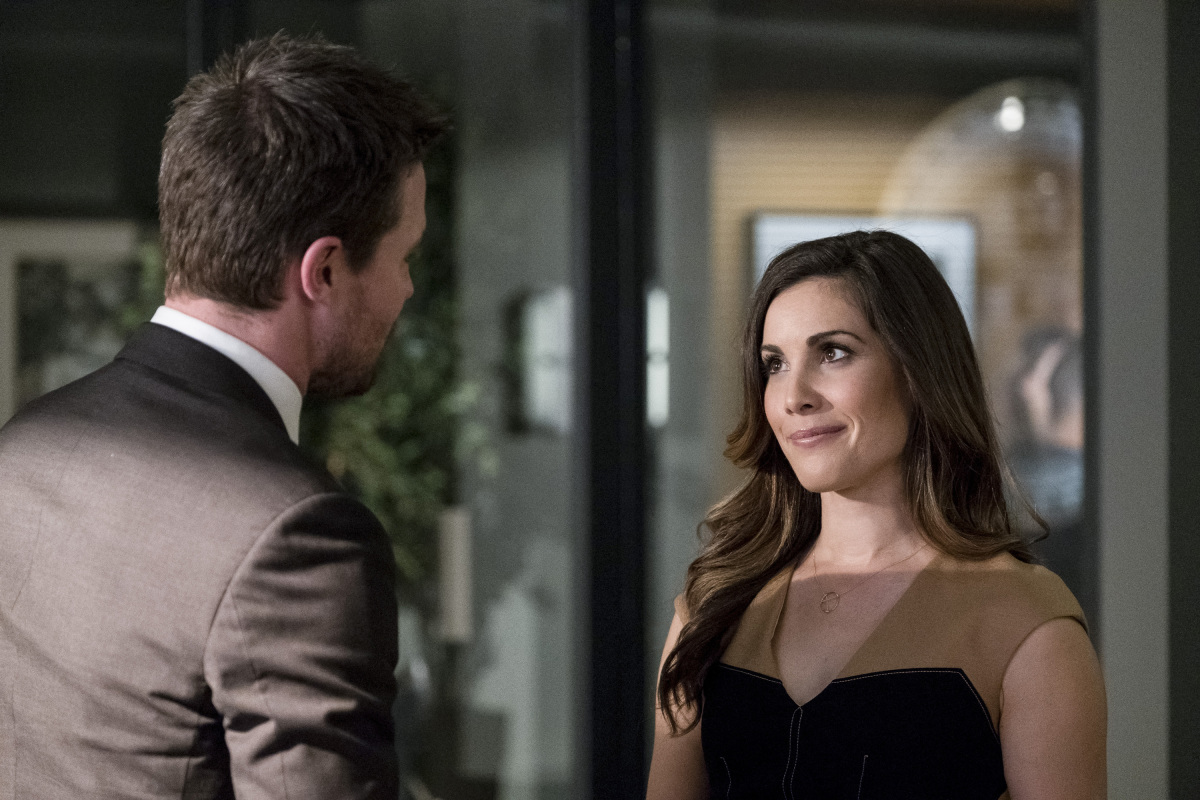 Susan Williams flies over to Russian to be with Oliver and subtly interrogates him about his chest tattoo and the time at the Island. This is, obviously, just a ruse as she knows that Ollie didn’t spend the entirety of the five years at Lian Yu and it is only proved further in the end tag when a contact of hers delivers proof that Oliver was in the Bratva and that there was an arrow shooting vigilante in Russia during the same period of time.

Rory tells Felicity that he is leaving the team because the impact of the bomb on his rags has turned them useless, essentially removing his powers and turning him into a liability to the team.

While that was being done, in the flashbacks, Talia has Oliver kill a drug supplier that was involved part of the season three storyline that had Ollie go back to the then Starling City on a mission to deal with drug dealers that affected Thea. This drug supplier had his name in Oliver’s father’s list. Talia also takes the opportunity to inspire Oliver to take the leap and go back home in order to rid the city from its criminals.