This week on Riverdale, Archie adjusts to his new life in the Big House (Josie’s words, not mine), while Bughead return to their detective roots in “Chapter Thirty-Seven: Fortune and Men’s Eyes.” We open with Archie’s juvie admission. You know, your usual public undressing, some hosing down, etc. But since it’s Riverdale, it looks more like a Men’s Health photoshoot than anything else. Also no classic squat & cough, cause I guess that’s not sexy enough.

Before getting to his cell, Archie has a brief chat with warden Norton who gives him a, “Don’t rock the boat and we’ll be fine” speech. He also mentions they have a musical room Archie can use so, uh, that’s nice? In the cell, Archie meets his short-spoken cellmate, Mad Dog, who clearly enjoys some privileges in this place: he has a tv, a record player, and some sweet pin-up posters.

Back at home, the Cooper ladies deal with last night’s drama over some breakfast. After her seizure, Betty was taken to the hospital, where Dr. Patel estimated it was probably caused by high stress. Alice and Polly also assure Betty the levitating twins was nothing but her mind playing tricks. The discussion is cut short by a call from Jughead, who informs Betty that Dilton didn’t make it, while Ben remains unconscious and in critical condition. Later, in school, Jughead tells Betty everything about the Gargoyle King and suggests they investigate the whole thing together.

Meanwhile, Veronica informs principal Weatherbee she’s gonna be taking over Archie’s presidential duties for the school council since she wants to keep everything in place for his return. Unfortunately, Archie’s place has already been taken by Cheryl. Veronica finds her at the locker room where they, along with Josie, have a very convenient argument in their underwear. Cheryl makes some valid points about how just because Veronica is Archie’s girlfriend, she is not entitled to his spot.

Back at juvie, Archie follows his plan of joining the Serpents. It seems to be going ok, until Joaquin—long time no see, buddy!—calls him out on his bullshit. Juvie Serpents apparently are just as tired of their “King” letting all his pals into the gang just as we are. They need Archie to prove his loyalty by shivving a Ghoulie. Archie refuses, and without their protection, gets beaten up by the Ghoulies as a result.

Betty and Jughead bribe a coroner to find out the cause of Dilton’s death. It turned out to be cyanide, mixed in with blueberry soda, which resulted in both boys having blue-tinted lips. They also get a better look at the mysterious symbols carved on Dilton’s back.

While on her way to the hospital to visit Ben, Betty meets the new girl at Riverdale High, Evelyn Evernever, the daughter of the Farm’s leader. Evelyn mentions she was there when Betty had a seizure and promises to keep it a secret. Betty gets out of there as soon as she can. Evelyn went to Mona-Lisa school of not being suspicious.

Someone call the news, cause Kevin and Moose are getting a storyline! Their make out session is cut short before even starting when Moose informs Kevin his dad is the new RROTC instructor and is roaming the school corridors. They need to be careful with where they get their PDA on. Kevin feels like Moose is drifting away, continuously ignoring him in favor of his new RROTC pals. As a way to keep close to Moose, Kevin decides to join RROTC as well. What can possibly go wrong?

At the hospital, Betty and Jug find out from Ben’s mother about how friendship with Dilton made him secretive and sneaky. When Jughead notices some creepy Blair Witch doll hanging on the door, Mrs. Button suggests the nice girl with a bow in her hair (aka Ethel Muggs) must’ve left it there. The conversation is interrupted by the news of one of Dilton’s Scouts going missing.

With a little push from Cheryl, Veronica takes it upon herself to involve the Innocence Project in getting Archie acquitted. She asks for Hermione’s mayoral facilitation and the latter begrudgingly agrees.

Ethel tells Bughead that she’d been dating Ben all summer, spending their free time at the Dilton’s secret bunker in the woods. She promises to show them where it is, but when the couple arrives at the designated meetup place, there’s no Ethel in sight, only the giant creature from the Dilton’s drawing. Fortunately, it’s not very fast, so Betty and Jughead manage to escape.

At juvie, Archie, tired of the gang rivalry and his ass getting kicked, gives a motivational speech to the rest of the boys about sticking it to The Man, and solving all their problems and prejudices with the power of… football? The ever quiet Mad Dog gives him his support and hell, it actually works! Archie mentions the match to Veronica during her visit, so when it’s finally game time, she decides to bring the Vixens for a special cheer performance of Jailhouse Rock. The fun, however, gets interrupted by Hiram, who arrived on the warden’s request. He informs Veronica she’s been banned from Archie’s visiting list and after a subtle nod to the warden, the guards start attacking the boys under a pretense of stopping a nonexistent riot (while the Vixens just kinda… stand there). After getting back to his cell, Archie finds no trace of Mad Dog or his stuff, so he asks a guard about it. The latter informs him that Mad Dog died during the “riot.” That’s what he gets for supporting Archie earlier, I guess?

Betty and Jughead discover Dilton’s bunker, where they find all kinds of stuff: the now infamous roleplay game, Gryphons and Gargoyles, the cyanide, and oh! A missing Scout! The kid is a little out of it and seems to be as obsessed with the game as Dilton and The Crew. Later, Betty and Jug confront Ethel in school, but just as she seemingly starts to crack, she starts having a seizure. Not too different from the one Betty was having herself. While Jughead runs away for help, Betty notices a similar face in the common room. It’s Evelyn Evernever! Just standing there, staring, still not being suspicious.

Cheryl yet again comes through with an advice for Veronica and helps her to find a new way to visit Archie. As it turns out, all you need is a fake id and a cheap ass wig (seriously, how dumb are the people working there?). After Ronnie’s visit, that night Archie gets another, less pleasant one. It’s warden Norton and apparently, he’s so impressed with Archie that he decided to make him his “new Mad Dog.” Whatever that means.

On the other side of the town, we get an actual interesting development. All the major parents, including Fred, Alice and FP, Sheriff Keller and Sierra McCoy, Hiram and Hermione, and even Penelope Blossom, are gathered in the mayor’s office for some unknown reason. Hermione explains that now that the Scout kid is found, he’ll probably start talking, and whatever he says might lead back to them and to the secret from their past. Some of the parents seem a little confused, but when she finally tells them about how Ben and Dilton were found in the woods with blue lips, it’s clear the shit just got real for Riverdale Parents.

After taking Ethel to the hospital, Betty can’t help but think that both of them having out-of-nowhere seizures can’t be just a coincidence. She and Jug decide to check on Ben while they’re there, and to their surprise, he’s awake. They find him sitting at the window sill, speaking nonsense about flipping coins, ascending, and joining Dilton. The episode ends with Ben jumping from the window to his death.

The juvie storyline feels just as contrived and unnecessary as I assumed it would be. The show continues struggling with tone, having trouble deciding if it’s Shawshank Redemption or Cry-Baby. It better not last longer than a couple of episodes, cause I’m bored already.

The Gargoyle King stuff… I’m officially hooked! You already had me at supernatural murder mystery but apparently, parents are now involved?! Sign me up! Can’t wait for the flashback episode! And even more, can’t wait for some Sabrina!

Maybe I’m alone in this, but Kevin was frustrating this episode. Or rather, his writing was. He just seems so oblivious! Moose is obviously not out, his father is obviously no Sheriff Keller, and I think it’s safe to assume the cadets of RROTC are not building a pride float anytime soon. Kevin, sweety, read the room.

This is minor, but Veronica’s fight with Cheryl about the presidency was so ridiculous. The entitlement of it all! But at least they got to argue in their underwear, and it was #confirmed Cheryl owns only one bra.

Speaking of bras, is it just me or the nudity quota was seriously raised for this season? The boobs and pecs keep popping up in the most unexpected places.

Next week promises more Farm stuff, the return of Toni, and some Falice sexy time! 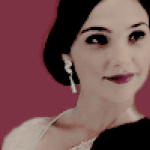 Instead of sorting her actual life out, Nastia prefers living vicariously through dozens of fictional characters.